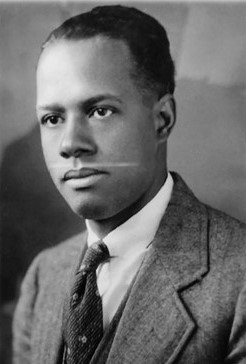 Physician and farmer Reginald Hart Moore was born on April 14, 1900 in St John’s, Antigua (then British West Indies) to William Harrell Moore, an international transporter and landowner from St. John’s, and Alice Maud Hopkins from Codrington, Barbuda. She was a homemaker, and there were four sons, of which Reginald Hart was the third. His early education began in 1905 at St. John’s Grammar School.

In 1915, after William’s death, Alice and her sons left Antigua by steamboat to Harlem, New York. Reginald worked odd jobs and completed his secondary education, including low-skilled machinery at the Industrial School for Boys in Harlem in 1920. The same year, he met and began dating Bertha Eloise Bryan, a first-generation Harlemite whose parents were Antiguans.

In 1924, Moore was admitted to Howard University as a biology major graduating in 1928 and immediately applied to its College of Medicine. After acceptance, he returned to New York to marry Bryan on August 17, 1929 at St. James Roman Catholic Church.

After graduating from Howard University College of Medicine in 1932, Moore worked for the U.S. Public Health Service to repay his student loans. He rotated to various islands every two years to provide medical services to people in rural communities and the Caribbean colonies.

In 1933, Moore left New York City with his wife and baby daughter, Vivian. This move was stimulated by Jim Crow’s oppression and restricted job opportunities for Black doctors. So, he headed for Waynesburg, Georgia, where his second daughter, Frances, was born, and then on to Columbus, Georgia, where John was born. Theresa was born in Americus, Georgia, where Moore worked privately for a decade. He practiced medicine in Monserrat from 1945 to 1946, and had another daughter, Marian, there. In Monserrat, Moore’s practice included using a horse to visit patients in rugged and remote areas.

Moore learned of an existing vacant position with the Virgin Islands Department of Health (VIDH) on St. Croix in 1946. However, he had already started the position as a general practitioner in the British Virgin Islands (BVI), commuting by boat and horseback to visit patients on Anegada, Jost Van Dyke, Tortola, and Virgin Gorda islands. In 1947, he resigned from the BVI. He became the second Black medical doctor on the island following Dr. David C. Canegata, Sr., a graduate of McGill University Medical School and a physician from 1931-1935.

In 1951, due to bilateral peripheral arterial disease in his legs, Moore received a doubled amputation. His wife died on August 15, 1956, at Harlem Hospital. However, he continued to practice medicine with a prosthesis for the VIDH until 1959. Afterward, he practiced privately, making house calls to hundreds of people, and maintained his farm in Estate Concordia East.

On August 15, 1970, Dr. Reginald Hart Moore died at the Charles Harwood Hospital in Christiansted at 70.