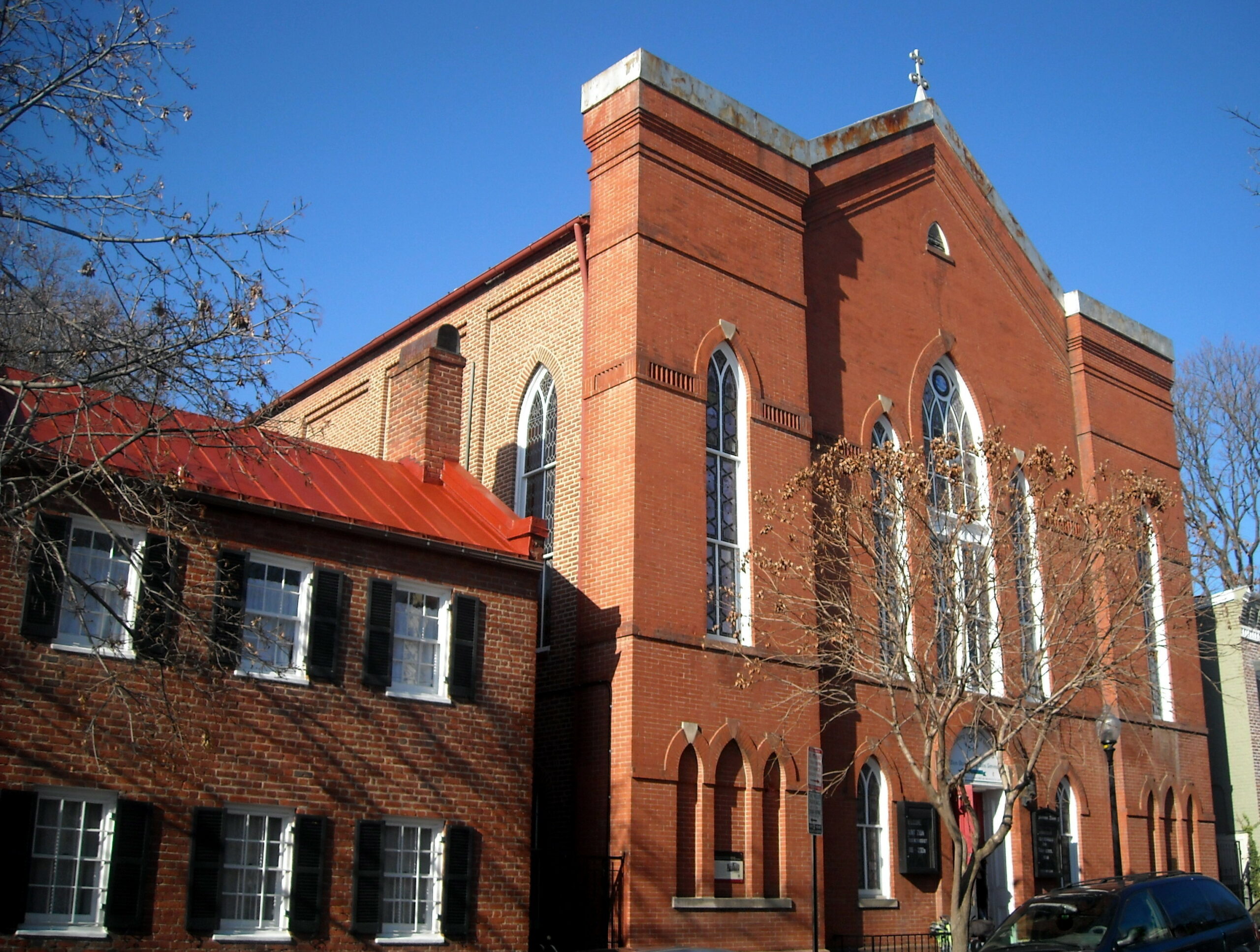 Founded in 1816, Mt. Zion United Methodist Church, the oldest continuously operating African American church in Washington DC, is located at 1334 29th Street NW. The Georgetown community where the church now sits, was a central port for slave and tobacco trading in the early 1800s. At the time, one third of Georgetown’s population was Black with half enslaved and half free. The founders of Mt. Zion UMC were originally members of the Montgomery Street Church (now Dumbarton UMC) established in 1772. That church was 50% African American. In 1814, Following dissatisfaction with Montgomery Street segregation, Black members formed their own congregation called “The Meeting House.” Founders bought land on Mill Street (now 27th Street) from Henry Foxall, an officer of Montgomery Street Church. The Meeting House continued to be supervised and served by ministers of Montgomery.

The new church’s Sabbath School provided education for adults and children from 1823 to 1862. Later from 1840 and through Reconstruction, the church hosted schools sponsored by Pennsylvania Freedmen’s Relief Association and additional groups.

The current 29th Street location of Mt. Zion Church is on land purchased by the congregation in 1875 for $2,581 from Alfred Pope, a local Black businessman and Trustee of Mt. Zion. Mt. Zion relocated to the new site in 1880, after the original church structure burned down. The first cornerstone was laid in 1876, and construction was completed in 1884 under leadership of pastors Rev. Alexander Dennis and Rev. Edgar Murphy.

By 1896, Mt. Zion church membership grew to 700 people. Construction and expansions continued with a new community center called “Community House” in 1920 on property adjacent to Mt. Zion and led by Emma Williams, a social worker.

Membership declined in the late 1930s and 1940s as the Black population of Georgetown relocated as Whites now dominated this upper income neighborhood. In the mid-1950s, however, Mt. Zion’s membership grew again as it welcomed parishioners from the wider Metro DC area through provision of a transportation service. Mt. Zion owned three buses by the mid-1960s that brought congregants from across the city and its immediate suburbs.

In 1975, Mt. Zion Church and the adjacent Mt. Zion Cemetery became Historical Landmarks on the National Register of Historical Places.