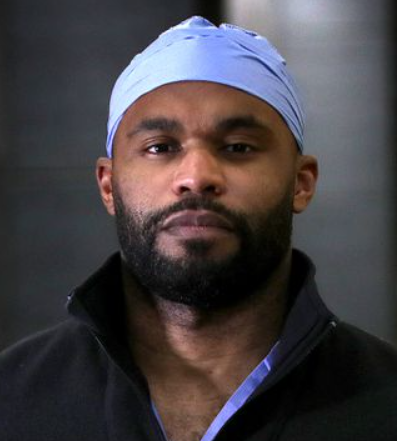 Myron Rolle is a neurosurgery resident who at one time played in the National Football League (NFL) for the Tennessee Titans. Rolle was born on October 30, 1986 to Beverly Rolle and Whitney Rolle (his father) in Houston, Texas. The Rolle family were immigrants from the Bahamas. Myron Rolle is the youngest of five children. He has three cousins who played in the NFL: Antrel Rolle, for the Arizona Cardinals, New York Giants, and Chicago Bears; Brian Rolle for the Philadelphia Eagles and Pittsburgh Steelers; and Samari Rolle for the Tennessee Titans and Baltimore Ravens. The Rolle family moved from Houston to Galloway Township, New Jersey when Myron was a child. He attended Peddie School located in Hightstown, New Jersey. While there he played for the football, basketball, and track teams. He also played saxophone in the school band and performed in school plays.

In 2005 Rolle transferred to the Hun School in Princeton, New Jersey where he continued to play for the school football and basketball teams. While maintaining a 4.0 GPA, he was also an All-American and the number one high school prospect in the country in 2006. That same year Rolle won the Franklin D. Watkins Memorial Trophy, the premier African American scholar/ athlete honor in the United States for high school males. After graduating from high school in 2006, Rolle enrolled in Florida State University where he played safety for the FSU Seminoles. During his time playing with the Seminoles, he earned Associated Press 3rd team All-American honors, Football Writers Association American 2nd team, All Atlantic Coast Conference (ACC) team, and Cosida Academic All-America honors.

Rolle earned his bachelor’s degree in Exercise Science from FSU in 2008. He also won a Rhodes Scholarship to study at Oxford University for one year which he accepted before entering in the 2010 NFL Draft. Rolle was selected 207th overall by the Tennessee Titans.

Despite his selection by the Titans, Rolle never played a regular season game with the team because of his low position on the depth chart. He remained with the Titans through the 2011 NFL season and then joined the Pittsburgh Steelers prior to the 2012 NFL season but would later be released.

In 2013, Rolle left the NFL to attend medical school at Florida State University College of Medicine. He graduated with a medical degree in neurosurgery in 2017. Rolle then took a neurosurgery residency at Massachusetts General Hospital and Harvard Medical School. In July 2020, Rolle became one of the first former NFL players who said the League should either delay or cancel the 2020 NFL season due to COVID-19.