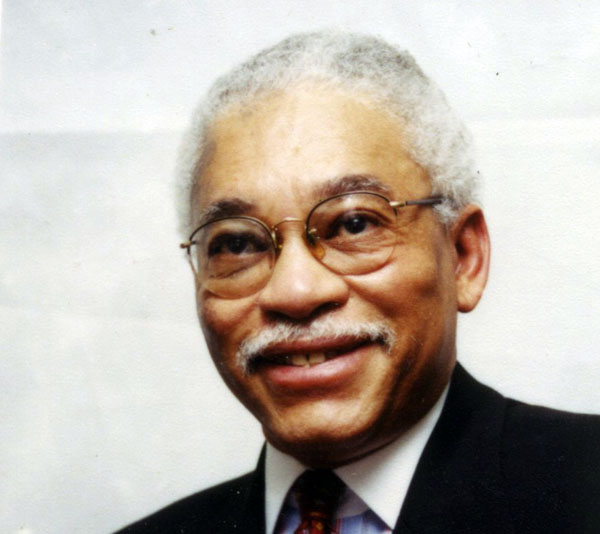 Howard Jeter, U.S. Ambassador to Botswana and later to Nigeria, was born in Maple Ridge, Union County, South Carolina on March 6, 1947 to James Walter Jeter, Jr. and Emma Mattocks Jeter. Howard Jeter first attended school in a one-room schoolhouse in Maple Ridge. The school had no electricity, heat, or indoor plumbing. In high school, Jeter played the clarinet and drums in the school band and was in the drama club. Howard Jeter graduated from Sims High School in 1964 as the class valedictorian.

Jeter attended Morehouse College in Atlanta, Georgia where he majored in political science and minored in economics and French. At Morehouse, he received a Merrill Study Travel Fellowship through the Institute of European Studies that allowed him to study for a year at the Institute of Studies Pierre in Nantes, France. Jeter’s participation in the program encouraged his interests in a career in international relations. After earning his Bachelor’s at Morehouse in 1970, Jeter earned a Master’s in International Relations and Comparative Politics from Columbia University in New York City, New York and a Master’s in Africa Area Studies from the University of California, Los Angeles.

After joining the U.S. Foreign Service, and going through the required training including Portuguese language training, Jeter took up his first overseas assignment, a post in the U.S. Embassy in Maputo, Mozambique in 1979.  He later served in the American Embassy in Dar es Salaam, Tanzania and was Deputy Chief of Mission and Charge d’Affaires in Lesotho.  From September 1990 to July 1993, Jeter served as Deputy Chief of Mission and Charge d’Affaires at the U.S. Embassy in Windhoek, Namibia.

In 1993 President Bill Clinton nominated Jeter to be U.S. Ambassador to Botswana. He served in the capital, Gaborone, from 1993 to 1996.  In July 1996, President Bill Clinton appointed Jeter as a special envoy to Liberia.  He returned to Washington, D.C. and served as the U.S. State Department’s Director of West African Affairs from September 1997 to June 1999. From June 1999 to July 2000, Jeter was Deputy Assistant Secretary for African Affairs.

Jeter’s second ambassadorial appointment came in 2000 when President Clinton named him to be U.S. Ambassador to Nigeria.  After serving in the capital, Abuja, until 2003, Ambassador Jeter returned home and retired from the State Department after 27 years of service, with the rank of Career Minister.

Ambassador Jeter is a member of Phi Beta Kappa, the American Foreign Service Association, and the Council on Foreign Relations. He has served as chair of the selection panel for the Charles B. Rangel Fellowship Program.

Howard Jeter has served as a board member of Africare, the Morehouse College Andrew Young Center for International Affairs, and the Florida A&M University International Advisory Board. He is former President and CEO of the Leon H. Sullivan Foundation and he was Executive Vice President of GoodWorks International, LLC.