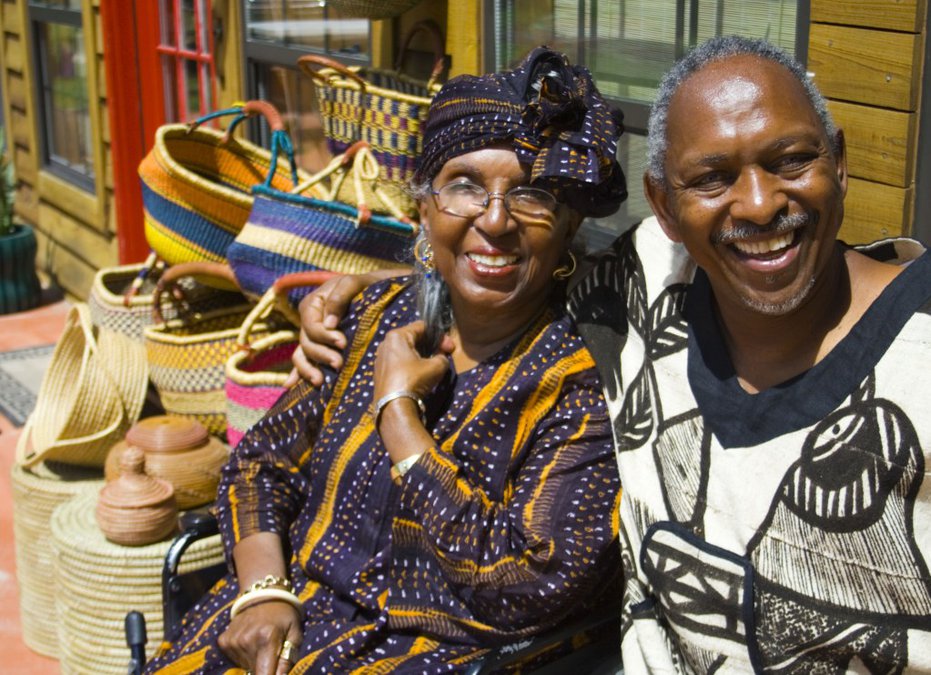 James Richardson Bacote was an artist, preservationist, historian and co-founder of the Geechee Kunda Cultural Center in Georgia. Bacote was born on December 18, 1948 in Brunswick, Georgia, to Sally and James Bacote Sr. He attended local schools on the Georgia Coast, as well as a high school in Detroit, Michigan. In March of 1963, along with an NAACP group, a teenaged Bacote visited Jekyll Island State Park, a nearby segregated recreational facility. Caucasians owned homes and motels that only allowed African Americans as domestic workers on the northern side of the island, while other African American visitors were relegated to segregated facilities in the southern part. When the group was denied access to the indoor pool, the golf course, and Peppermint Land Amusement Park, the NAACP filed a lawsuit in June 1964. A federal court ruled that the state-operated facilities at Jekyll Island would be desegregated. Ironically within the next month, President Lyndon Johnson signed the Civil Rights Act on July 2, 1964, ending segregation in America’s public places and banned employment discrimination.

Bacote’s education and career took him to Michigan, Hawaii, California, Pennsylvania and Africa in the late 1960s and early 1970s. He returned to Riceboro, Georgia, purchased land that had been a slave plantation, and built his family home surrounded by grounds that once produced rice, cotton, and indigo harvested by enslaved labor.

Bacote and his wife, Pat, both had a love and passion for their African ancestry as well as their Gullah Geechee heritage. The couple grew up in the same neighborhood in Brunswick, and knew each other in their youth. Bacotes’ wife traces her African lineage to Bilal Muhammad, a well-educated Muslim from Guinea who was taken captive in 1770 and brought to Georgia. The Bacote family tree also includes Rev. Samuel W. Bacote, who in 1898 became the first African American to earn a degree from the University of Kansas, Clarence Bacote, a voting rights activist in Atlanta in the 1940s, and Albert Bacote, a Baptist Preacher and founder of Darlington Stock Company. The Bacote family also traces its ancestry to Dembo, an enslaved African brought to the United States in 1783, the year the thirteen colonies were formally granted independence by Great Britain.

In 1986, the Bacotes joined then Congressman George Crockett on a trade mission to Togo, Africa. The couple made several return trips to Africa and opened businesses. They had a hand-woven fabric center in Burkina Faso, and a textile company in Sierra Leone.

In 1999, The Bacotes founded the Geechee Kunda Cultural Center and Art Gallery in their home in Riceboro, Georgia. The center began with the Bacote personal art collection and family history but over time it grew into the largest facility in the U.S. dedicated to preserving Gullah Geechee culture. The Center eventually had multiple buildings to accommodate schools, tourists, musicians, art shows and weekly cultural events.

James Richardson Bacote died in his hometown of Riceboro, Georgia, on May 6, 2018 of lung cancer that spread to his brain. He was 69 years old and is survived by his wife and two sons.