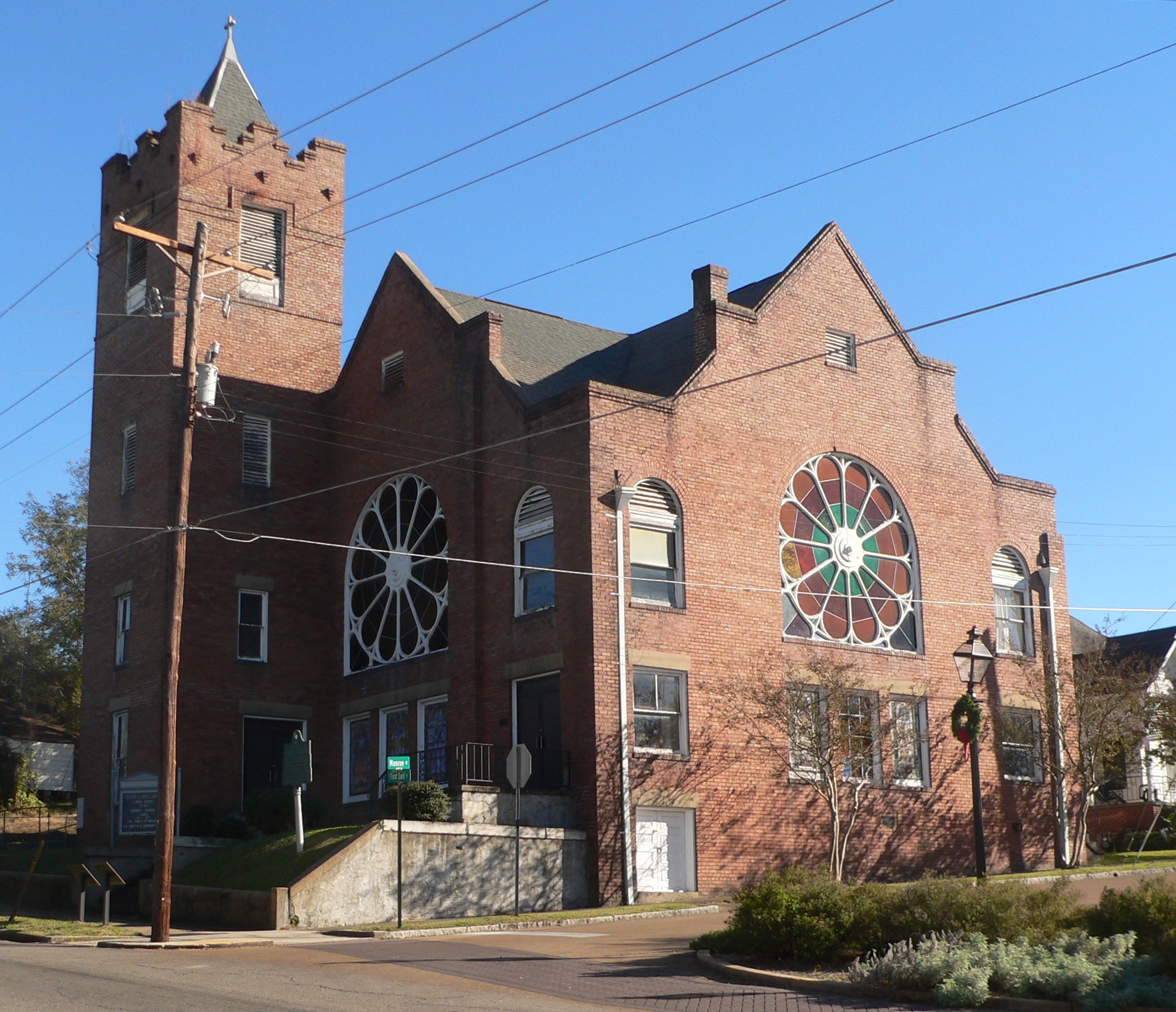 Bethel African Methodist Episcopal Church established 1864 was the first African Methodist Episcopal (A.M.E. church) in the state of Mississippi. It was also the site for T.W. Stringer Grand Lodge of Freemasonry for the State of Mississippi headquartered in Vicksburg and founded by Rev. T.W. Stringer in 1867. The church is located at 805 Monroe Street in Vicksburg, Mississippi, at the corner of Monroe and First East streets. While the building that houses the church was built in 1828, a demolition took place in 1912 to build the present building. The most famous of the church’s early pastors was Rev. Hiram Revels who on February 25, 1870 took the oath of office to become the first Black U.S. Senator in the history of the United States. He was also the first president of Alcorn University.

Bethel AME Church was first organized and founded by Rev. Page Tyler, a missionary from Missouri. As the congregation grew, in 1868 the current church property was purchased at a cost of $28,000 from a white Presbyterian congregation that had built the church building on this site in 1828.

At one point in 1912 as the new building was being constructed, the congregation, then led by Rev. W.L. Anderson, met in a small chapel in the rear of a three-story hall on the campus of Campbell College. At that point the congregation numbered 550 parishioners.

Over time the congregation decreased due in part to the passing of its members. Nonetheless, the church community exhibited a strong desire to ensure the history of the church is preserved and continued to be shared. To that end, the city of Vicksburg and the state of Mississippi supported the successful effort to add the church to the National Register of Historic Places. On July 30, 1992 Bethel AME Church was added to the Register.

The Bethel AME congregation is currently led by Pastor Arnita Spencer who continues to share the message of God’s love and services to the community as well as the church’s historical legacy. Besides Senator Revels, prominent church members have included Isaiah Thornton Montgomery, the only African American member of the Mississippi Constitutional Convention of 1890, also the founder of the town of the all-Black town of Mound Bayou in 1887 and Campbell College in 1890, John Lynch, the first African American Congressman from Mississippi, L.J. Bowman, Alcorn State University President, and William H. Jefferson, co-founder with his wife, of Jefferson Funeral Home, Mississippi’s oldest-black owned business and oldest registered black funeral home in the state. Lucy C. Jefferson, William Jefferson’s wife, was a prominent civic organizer who invited Booker T. Washington to come to the state. She also organized the Mississippi Federation of Colored Women’s Clubs.