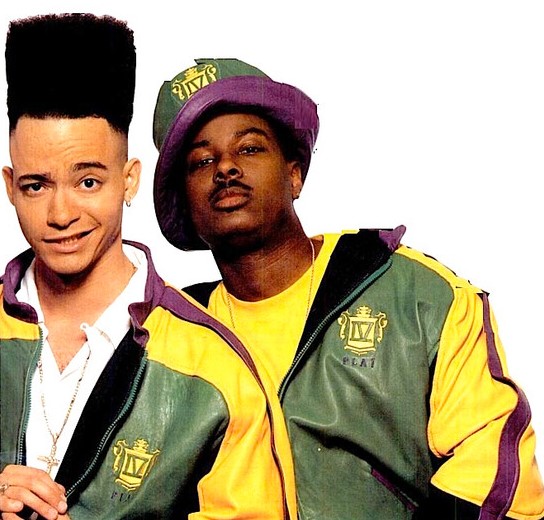 Kid ‘n’ Play is an American Hip Hop duo that consists of Christopher “Kid” Reid and Christopher “Play” Martin. The two met while performing in rival high school groups, the Turnout Brothers and the Super Lovers, in New York City. The duo’s original name was the Fresh Force Crew. In 1986, the duo recorded two songs, “She’s a Skeezer” and “Rock Me.” The following year, 1987, they changed their name to Kid ‘n’ Play. In 1988, the duo released their debut album called 2 Hype. The album which featured several singles, including “Last Night,” “Do This My Way,” “Gittin Funky,” Rollin with Kid n Play,” and “2 Hype,” sold over 500,000 units and was certified gold.

In 1990, Kid ‘n’ Play released their second album, Funhouse which featured the singles “Back to Basics” and “Fun House.” That album also sold 500,000 units and was certified gold. Their third and last album called Face The Nation was released in 1991. The album featured the single “Ain’t Gonna Hurt Nobody” but it failed to sell over at 500,000 units. 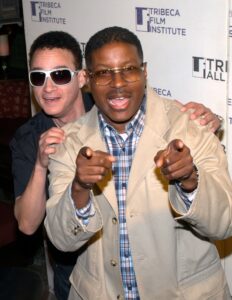 Kid ’n’ Play also had acting careers. In 1990, they starred in the film House Party with Martin Lawrence, Tisha Campbell, Robin Harris, and the hip hop group, Full Force. In the film they played Christopher “Kid” Robinson Jr. and Peter “Play” Martin in a plot that revolved around Kid sneaking out of his father’s house while grounded to go to Play’s house party. The film grossed over $26 million at the box office. Kid ‘n’ Play acted in other films including House Party 2 (1991), Class Act (1992), and House Party 3 (1994).20th

Kid N Play also had an NBC Saturday morning cartoon show named Kid ‘n’ Play that aired for one season from 1990 to 1991. They appeared in other television shows including Sesame Street and Square One TV.

In 1995 the duo broke up to pursue solo careers. Reid continues his acting career, making appearances on Full House, Sister Sister, and Smart Guy. Reid also hosted shows like It’s Showtime At The Apollo and Your Big Break. Around 1995 Martin became a born-again Christian and focused his time working on Christian-based hip-hop music projects. Martin also founded HP4DigitalWorks, a multimedia company that provides pre and post-production in film, digital, and live theater productions, and Brand Newz, an online news magazine focusing on positive community leaders and events. In 2010, Martin joined the faculty at North Carolina Central University in Durham, North Carolina as an artist in Resident, where he taught a course called Hip Hop in Context 101. The duo has done several reunions over the years and both remain active in the music business in 2022.