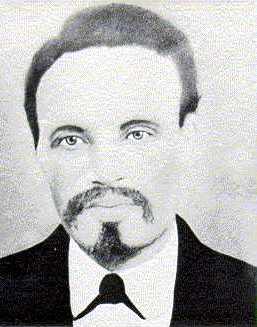 Robert Thomas Hickman, born enslaved in Missouri in 1831, is most noted for the group of slaves including his wife and young son, whom he led to freedom in Minnesota in 1863, and helping to establish the first African American church in St. Paul, Minnesota.  Hickman was born and reared near Boone, Missouri.  At a young adult Hickman worked near Boone as a rail splitter.  He was, however, allowed by his owner to learn to read and write.  Hickman also became a slave preacher for the people held in bondage in the area.

In 1863 Hickman led a group of Boone County slaves to their freedom.  Hickman and other fugitive slaves constructed a crude raft which they hoped would take them to freedom.  When Hickman and 75 black men, women and children were discovered adrift near Jefferson, Missouri, they were rescued and towed up river to St. Paul, Minnesota by the steamboat Northerner.  The “contrabands” arrived in St. Paul on May 5, 1863.

A second group of Missouri fugitive slaves reached St. Paul ten days later under the protective custody of Chaplain J.D. White and escorted by Company C of the 27th Iowa Regiment.  Although both groups were initially harassed by Irish dock workers in St. Paul, the men quickly found work as teamsters and laborers.

As the families settled into their new lives in Minnesota, Rev. Hickman sought a place of worship for these newcomers who called themselves “Pilgrims.”  After holding services in individual homes in St. Paul, in November, 1863 they succeeded in renting a room in a downtown concert hall.  In January 1864, Rev. Hickman and the Pilgrims received mission status from the First Baptist Church of St. Paul.  On November 15, 1866, Rev. Robert Hickman and the other migrants formally organized Pilgrim Baptist Church in St. Paul.  They celebrated the creation of the church with a baptismal service on the shores of the Mississippi River.

Despite his crucial role in getting the settlers to Minnesota and establishing Pilgrim Baptist Church, Hickman was not licensed to preach by the Baptist Church.  Thus between 1866 and 1877 two white ministers, William Norris and Andrew Torbert, led Pilgrim Baptist.  Eventually licensed to preach in 1874 and ordained the following year, Hickman became the congregation’s official minister in 1878.  Rev. Robert Hickman continued to lead the church until his retirement in 1886.  Robert Thomas Hickman died in St. Paul, Minnesota on February 6, 1900.