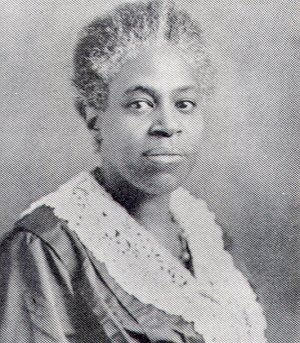 Pioneering black reporter and historian Delilah Leonium Beasley was born in Cincinnati, Ohio around 1867 in what was then a small but thriving African American community. Beasley attended the city’s segregated public schools and by her teenage years, started publishing short social reports on the black community for both the local black newspaper and the white newspaper. Her parents’ deaths sometime during the 1880s forced her to temporarily put her journalism interests on hold.

Beasley sought employment that would provide her a living and a modicum of respectability—quite a challenge for black women in those years. Working as a personal maid for white women, she trained as a hair dresser and later as a massage therapist specializing in nursing care. By the early 20th century, Beasley settled in Oakland, California, working as a nurse and maid while immersing herself in black history and the black women’s club network. Soon she was writing special columns on African American community activities for the local newspapers, including the white Oakland Tribune and the black Oakland Sunshine. Her interest in history led her to write other articles documenting the history of California’s black population, and she trained herself in the practices of the emerging historical profession—including archival research, tracking down diaries and personal papers, and even doing oral histories with older black residents. In 1919, Beasley self-published The Negro Trail Blazers of California, a study which provided rich detail of black pioneers dating back to the Spanish exploration of the region. Historian Elsa Barkley Brown described Beasley’s innovative history as not only centered on the “every day” black experience in California but also on the strong roles of black women in the region.

Throughout the rest of her life, Beasley continued to write, participate in black women’s club activities and the local chapter of the NAACP, all while struggling to provide for herself financially. She died in 1934 after years of ill-health brought on by poverty and overwork. To this day her writings remain among the critical sources for both black California and African American women’s history.