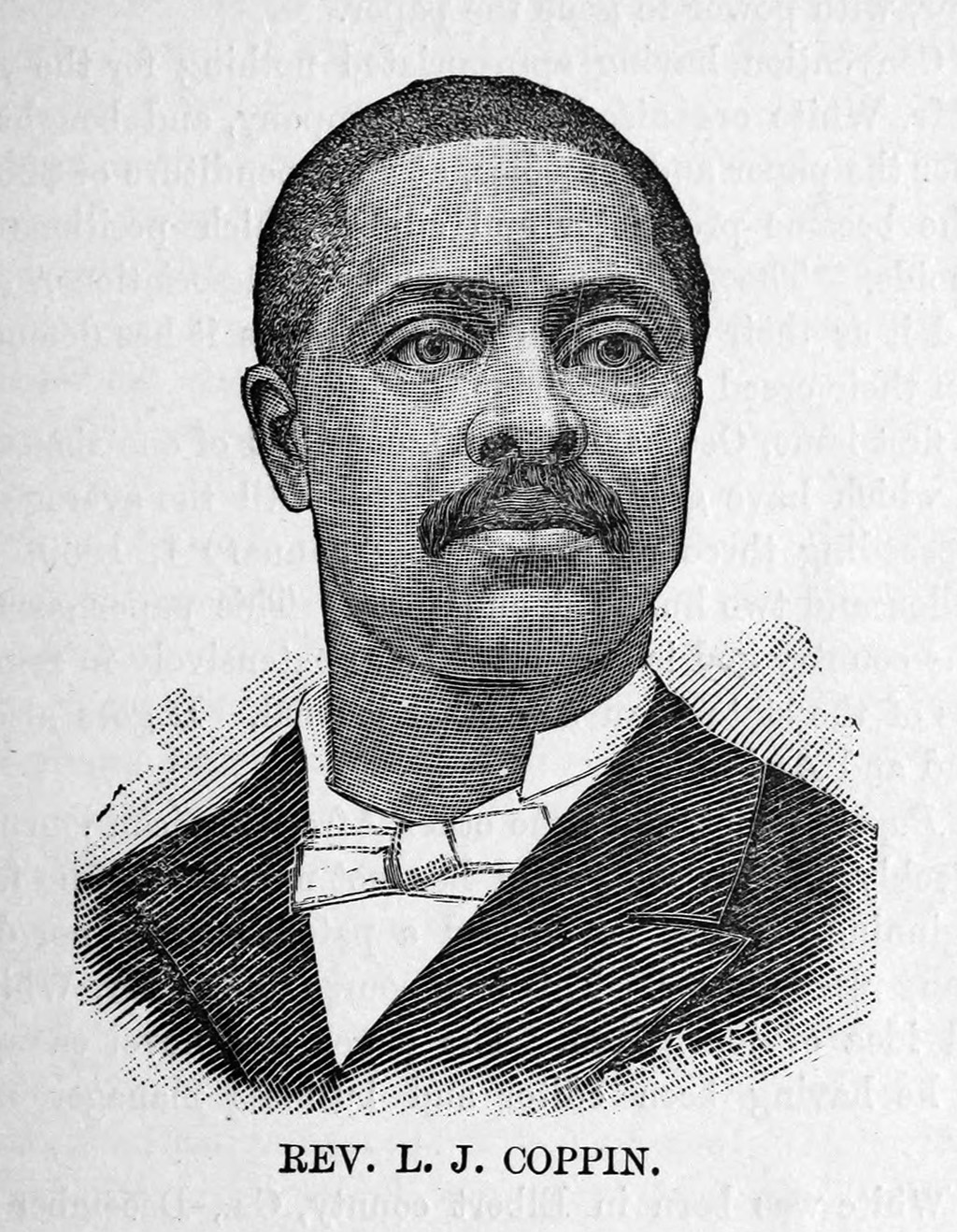 Levi Coppin was an editor, educator, missionary and the 30th Bishop of the African Methodist Episcopal (AME) Church. Coppin was born in Frederick Town, Maryland in 1848 to Jane Lily and John Coppin.  He had six siblings. Coppin’s mother taught him to read and write at an early age and was very religious, which influenced him greatly. She held secret classes (against state law prohibiting blacks to assemble) during week nights as well as on Sunday mornings educating both free blacks and slaves.

At the end of the Civil War a school was created for black children in the Friendship Church in Frederick Town with Jane Coppin was the school’s first teacher. In 1866 a regular day school for blacks was established in the county.  Levi Coppin attended for two terms, eventually becoming a teacher there himself.

At the age of 17 Levi Coppin began to study the Scriptures and became motivated to seek higher education. He moved to Wilmington, Delaware, where he cast his first vote at age twenty, joined the Bethel AME Church and married his first wife, Martha Grinnage, a schoolteacher. Their only child, a boy, died nine months after birth and his wife died only eighteen days later.

In 1877 Coppin became a minister at Bethel AME.  By 1879 he was placed in charge of the Philadelphia City Mission; a circuit of smaller missions in the area operated by the AME Church.  After two years of service Coppin was transferred to Baltimore where he became the pastor of the Baltimore Bethel AME Church.

It was during this time at Baltimore Bethel that Coppin became the editor of the A.M.E Church Review, a journal which reported on significant political, religious, and social issues. He remained the editor until 1896, the same year in which he was announced as a candidate for the bishopric at the AME General Conference. He did not receive it. Four years later he was again up for the candidacy and this time secured it.  In 1902 Coppin was assigned to Cape Town, South Africa. While in Cape Town he organized the mission house Bethel Institute and he and his second wife, Fanny Jackson Coppin, traveled to the African interior setting up numerous smaller mission houses for African natives.

The Coppins remained in South Africa until 1912.  Soon after returning to the United States, Fanny Jackson Coppin died in January 1913. After more than a year of mourning he remarried and a year and a half later his third wife M. Evelyn Thompson gave birth to their daughter Theodosia. In 1919 Coppin’s autobiography, Unwritten History, was published. Coppin died five years later at his home in Philadelphia.