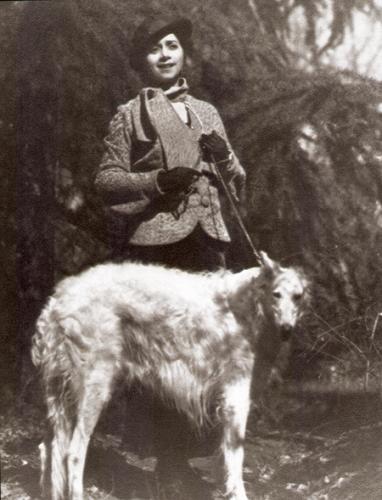 Lillian (Evans) Evanti, one of the first African American women to become an internationally prominent opera performer, was born in Washington D.C. in 1891.  Evanti was born into a prominent Washington, D.C. family.  Her father, Wilson Evans, was a medical doctor and teacher in the city.  He was the founder of Armstrong Technical High School and served many years as its principal.  Anne Brooks, Evanti’s mother, taught music in the public school system of Washington D.C.

Evanti received her education from Armstrong Technical High School and graduated from Howard University in 1917 with her bachelor’s degree in music.  A gifted student and performer, she was able to speak and sing in five different languages.  The following year she and Roy W. Tibbs, her Howard University music professor, married and had a son, Thurlow Tibbs.

Combining her maiden and married names into the stage name, Evanti, a lyric soprano, began singing professionally in 1918.  Her career progressed slowly until she moved to France in 1925 where she became the first African American to sing with a European opera company.  From France she traveled around Europe and on occasion returned to the United States to perform.  During her travels she gave radio performances, sang in a variety of operas and in 1932 was given a chance to audition for the New York Metropolitan Opera.  Evanti was not asked to join the Company and for some time blamed the decision on racial discrimination.

Despite the setback Evanti remained popular, performing in Latin America as well as Europe.  She gave a special command performance for President Franklin D. Roosevelt and his wife, Eleanor in 1934.  She also performed concerts for the armed forces during World War II.

In 1941, Evanti began performing at The National Negro Opera Company, the first black opera company established by Mary Cardwell to provide a venue for African American performers.  A series of Company performances of La Traviata, where Evanti sang the part of Violetta, was hugely successful and attracted over 12,000 people.  Over her career Evanti performed in twenty four operas.

Near the end of her life Evanti returned to Washington, D.C. where she coached and gave soprano voice lessons.  Lillian Evans Evanti died on December 6, 1967 in Washington D.C.