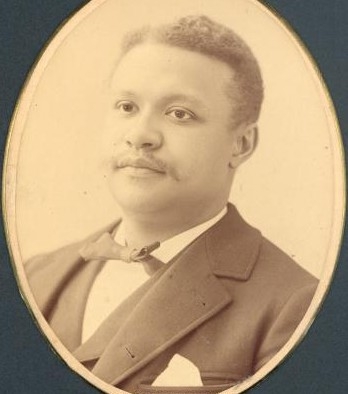 Harry Clay Smith was a newspaper editor and politician, born in Clarksburg, West Virginia, on January 28, 1863. He moved to Cleveland, Ohio at an early age and stayed in the area for the remainder of his life. After graduating from Cleveland’s Central High School in 1882, he established the Cleveland Gazette, and became the publisher and editor of the newspaper for nearly sixty years. The Gazette was a popular eight-page weekly that published local black activities and events in the greater Cleveland area, as well as many other cities in Ohio. Readership was at a steady 10,000 before World War I and circulated within the state of Ohio and parts of the Midwest.

Smith used the Cleveland Gazette to promote civil rights issues and engage in politics. Smith lobbied the state government of Ohio to do more to preserve the civil rights of African Americans.  Using the Gazette as a medium to communicate to the masses, Smith attacked segregation and racial discrimination. He advocated three strategies to challenge racial discrimination: political pressure, legal action and boycotts.  He was in particular, an ardent supporter of the campaign to desegregate Ohio schools in 1887.

In 1892, Cleveland-area voters elected Smith to the Ohio legislature; he served in that body between 1893 and 1899. In office he fought to outlaw Jim Crow railroad facilities, and enact the Ohio Civil Rights Act of 1894, as well as the Anti-Mob Violence Act of 1896, popularly known as the Smith Act.  This act allowed victims and family members of victims of lynching to sue the county governments in which the lynchings took place. The Ohio legislature hoped that the Smith Act would deter violence against African Americans. It was the most stringent anti-lynching law in the United States at the time. Lynching in Ohio dramatically declined after the passage of the act.

Smith also opposed the doctrines of self-help and racial separatism promoted by Booker T. Washington in the late 1890s. Smith was one of the earlier critics of Washington, and he joined William Monroe Trotter to advocate agitation and protest. Smith took an active role in establishing the Niagara Movement founded in 1905, and in 1910 he was named a member of the NAACP’s Select Committee.  Harry Clay Smith died in Cleveland in 1941.