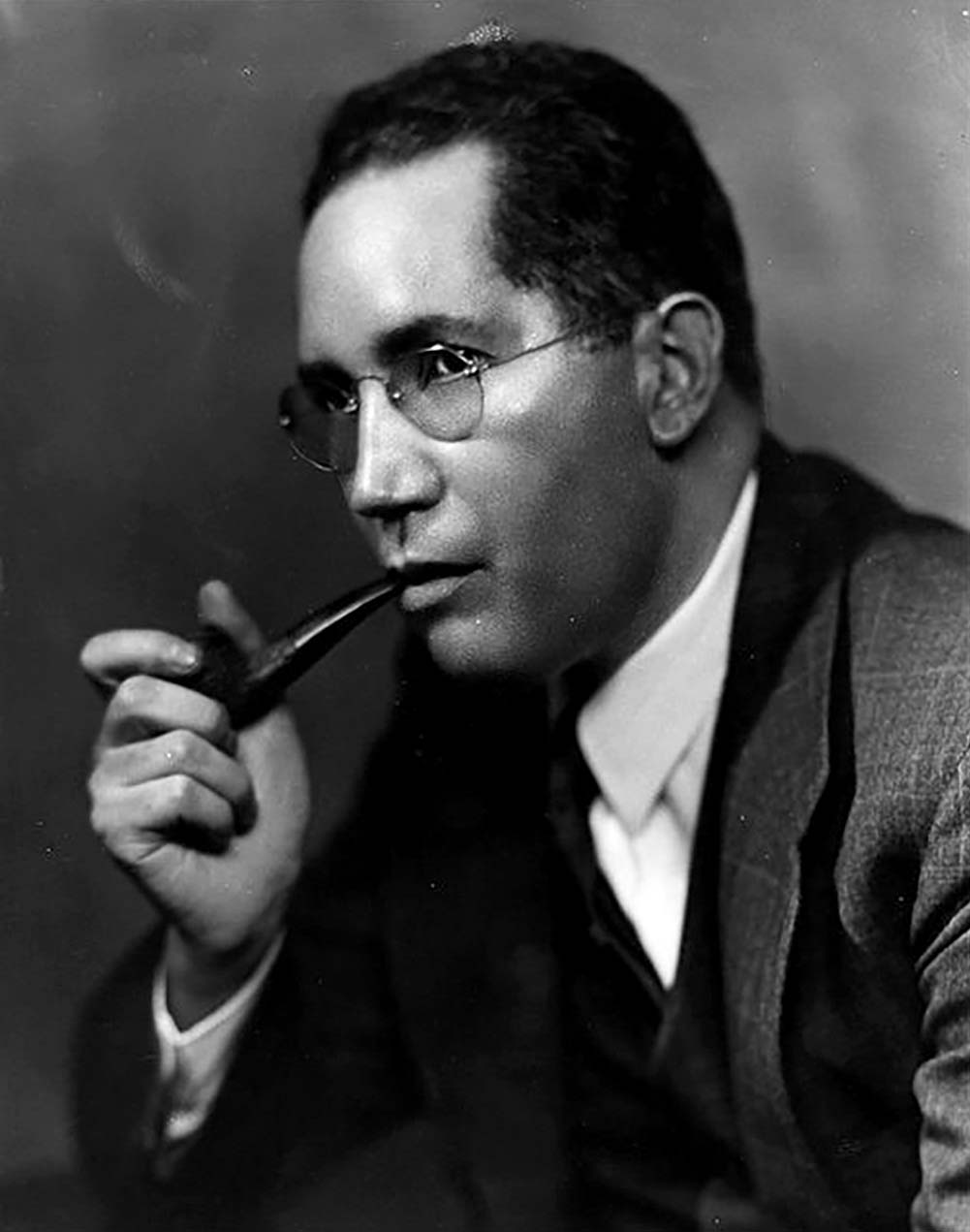 Born on the campus of Howard University on May 1, 1901, Sterling Allen Brown was the last of six children and the only boy born to the Rev. Sterling Nelson, a former slave and prominent professor in the Howard Divinity School, and Adelaide (Allen) Brown.  Sterling Allen Brown grew up on the Howard campus but graduated as the top student from Washington’s renowned Dunbar High School  in 1918.  His success enabled him to accept the token gesture of an academic scholarship Williams College annually extended to Dunbar’s valedictorian.  At this prestigious small, liberal arts school in Massachusetts, from 1918–1922, Brown set aside his own feelings of isolation and performed with distinction: election to Phi Beta Kappa his junior year, winning the Graves Prize for his essay “The Comic Spirit in Shakespeare and Moliere,” and receipt of highest honors from the English Department his senior year.  These accolades won for him a scholarship to study at Harvard University, where he graduated with an MA degree in English in 1923.

As valuable as the formal education was, it arguably served as preparation for the work to which he was ultimately called: that of insightful, vigorous advocate for those people Langston Hughes affectionately named “the low down folks.”  From them, he gained a deep and abiding informal education, one that enabled him to represent their lives, language, and lore in remarkably cogent ways.  In a series of teaching positions at Virginia Seminary and College, Lincoln University (Missouri), and Fisk University, Brown complemented his formal study by seeking “instruction” in the world of Calvin “Big Boy” Davis, Mrs. Bibby (“illiterate and somehow very wise”), Slim Greer, and many other black folk.  His immersion into and absorption of their lives, language, and lore made possible the distinctive folk-based aesthetic and poetic voice he used to celebrate a people too long burdened by misrepresentation and racial stereotype.

In three different but interrelated ways, this folk-based aesthetic figures in and shapes nearly all of Brown’s writings.  First, as poet, he probed the humanity that lay beneath the stereotypical representation of black people.  Second, as a literary historian, music critic, and a folklorist, Brown was the first critic to define with clarity the nature of the problematic representations of blacks in American literature.  His longest early foray into this literary fray, the nearly monographic essay “Negro Character as Seen by White Authors” (1933), became the methodological foundation he used to refute black racial stereotypes in the Federal Writers’ Project, the Carnegie-Myrdal Study, and in American literary and cultural studies.   And third, his A Negro Looks at the South, published posthumously, was a collage of scholarly work, personal interviews, personal narratives, and historical documents astutely capturing Southern black folk talking, doing, and being.  Together, his poetry and prose reveal an intelligence, a sensitivity, and a compassion rarely found among his contemporaries.  As many have testified, Brown’s work was foundational in studies of identity politics, representational issues, oral history, folkloristics, and more.  Fundamentally he considered himself a teacher; however, his classroom was considerably broader and more influential than his modest self-assessment maintains.

Brown spent almost all of his career teaching at Howard University but he also was a visiting professor at Vassar College, New York University, Atlanta University, and Yale University.  He died on January 13, 1989 in Washington, D.C. at the age of 87.