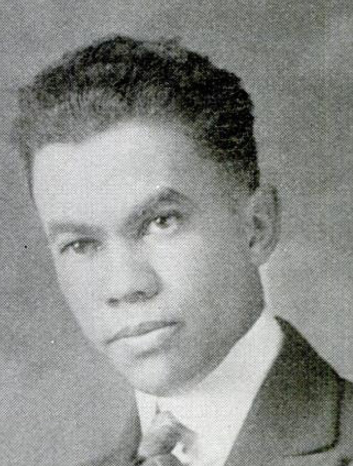 Paul R. Williams was one of the most well known 20th Century African American architects. Early in his career, Williams designed mostly houses, but in the 1950s and 1960s he designed some of the most distinctive public buildings in Los Angeles. Williams’s best-known building is probably the Theme Building at Los Angeles International Airport, which he designed with William Pereira.

Paul Williams was born in Los Angeles on February 18, 1894, a few years after his parents had moved to Southern California from Tennessee. Williams’s father died in 1896, and his mother died two years later. Williams grew up in the home of C.D. and Emily Clarkson. He graduated from Polytechnic High School and studied at the Los Angeles School of Art, the Beaux-Arts Institute of Design, and the engineering school at the University of Southern California. While he pursued his studies in the 1910s, Williams also worked in the offices of several different Los Angeles architects. In 1917 he married Della Mae Givens. They had two daughters, Marilyn and Norma.

Williams was licensed as an architect by the State of California in 1921, and the next year he established his own practice. In 1923 he was the first African American to become a member of the Southern California chapter of the American Institute of Architects. In the late 1930s Williams gained some important nonresidential commissions, most notably the Music Corporation of America building (1937) and the Saks Fifth Avenue store (1939), both in Beverly Hills. During World War II Williams worked with other architects to design public housing for war workers.

After the war, Williams continued to design homes for wealthy European Americans including the Beverly Hills home of William Barron Hilton and the Palm Springs homes of Frank Sinatra, Lucille Ball, and Danny Thomas.  Williams also designed numerous public and commercial buildings. As modernism came to dominate public architecture after the war, Williams modified his more traditional plans. He characterized the style of some of his buildings as “conservative modern.” He designed houses and hotels in Colombia as well as the buildings of landmark black-owned Los Angeles businesses such as the Angelus Funeral Home, Golden State Mutual Life Insurance, and Broadway Federal Savings and Loan. He also designed a new home for Los Angeles’s First A.M.E. Church, of which he was a member.

In 1957 Williams, a member of Sigma Pi Phi fraternity, was the first African American honored with election to the AIA College of Fellows. He died on January 23, 1980 in Los Angeles at the age of 85.