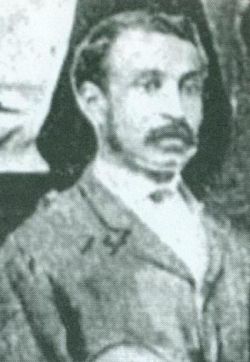 Benjamin A. Boseman, physician, politician, and postmaster, was free born in New York in 1840 to Benjamin A. and Annaretta Boseman.  He was the oldest of five children, two girls and three boys.  Boseman grew up in Troy, New York where his father served as a steward on the steamboat Empire in the mid-1800s and then as a sutler (a civilian merchant selling provisions to the army).

Boseman was educated in the segregated schools of Troy and showed an interest in becoming a physician.  At the age of 16, he began an eight year apprenticeship in the office of prominent Troy physician Dr. Thomas C. Brinsmade, before completing his education at the Medical School of Maine at Bowdoin College, where he received his medical degree in 1864.

With his degree in hand, Boseman turned his efforts towards obtaining a position as a surgeon with the Union Army during the American Civil War.  After writing to Acting Surgeon General Joseph K. Barnes requesting a position as a surgeon with the “colored regiments,” Boseman received an appointment as a contract acting assistant surgeon.  He was assigned to a recruiting position for the United States Colored Troops (USCT) at Camp Foster in Hilton Head, South Carolina, and served for a year examining recruits and tending to sick and wounded soldiers of the 21st regiment of the USCT.

After the war ended, Boseman remained in South Carolina taking up residence in Charleston where he set up a successful medical practice.  He met and married Virginia Montgomery and the couple had two sons, Benjamin and Christopher.  In 1868, Boseman was among several African Americans who were elected to the state legislature for the first time in South Carolina.  He became the only politician, black or white, elected to three consecutive terms in the South Carolina House of Representatives during Reconstruction.  During his term, Boseman introduced several pieces of legislation in an attempt to outlaw racial discrimination in the state.

In addition to his political service as a representative, Boseman was appointed physician to the Charleston City Jail in 1869 by South Carolina Governor Robert Scott.  He served on the Board of Regents of the state Lunatic Asylum and was appointed to the Board of Trustees of the University of South Carolina.  After completing his third term in the legislature, he became the first black postmaster of Charleston, appointed by President Ulysses S. Grant in 1873.