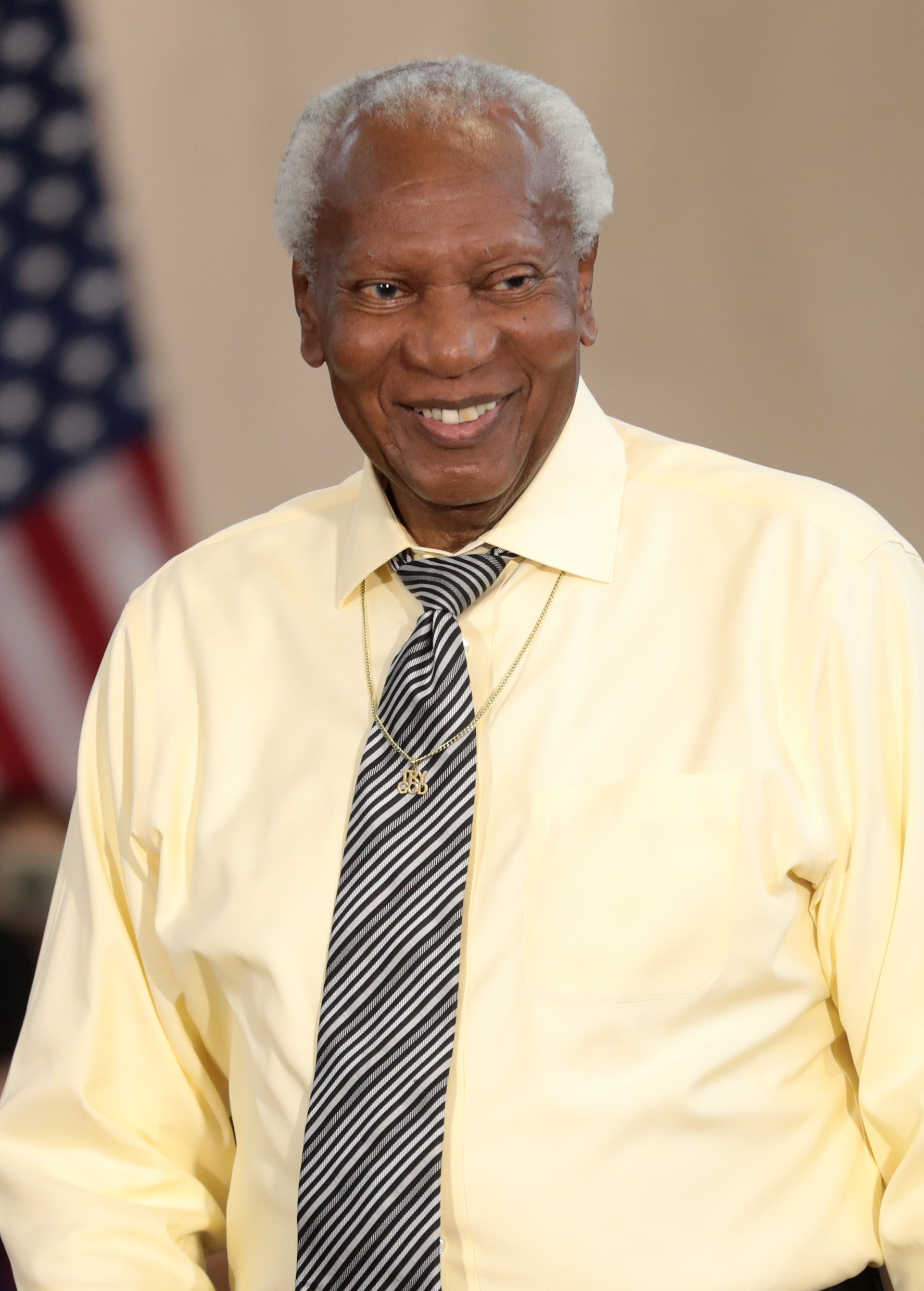 Simon Lamont Estes is a prominent and critically acclaimed African American opera singer.  He has made singing appearances before six U.S. presidents, including Barack Obama, numerous other presidents and world leaders, and dignitaries such as Nelson Mandela and Archbishop Desmond Tutu.  He has appeared in opera houses worldwide, sung under the baton of the greatest conductors of our time, has extensive recording contracts, and has received six honorary degrees and awards.

He was born to Simon Estes Sr., a coal miner and the son of a slave, and Ruth Jeter Estes, a homemaker.  He grew up in the small south central Iowa town of Centerville.  His mother stimulated his interest in music and he began singing in church at an early age.

When he entered the University of Iowa in 1957, he was intent on becoming a doctor.  But he came to the attention of faculty member Charles Kellis, who became his first and life-long voice teacher, and who encouraged his focus on classical music.  After graduating from the University of Iowa, Mr. Estes spent a year studying at the Juilliard School of Music in New York City, New York.

In April 1965, Estes made his operatic debut in Berlin, Germany with the Deutsche Oper in Giuseppe Verdi’s Aida.  He later won the bronze medal in the prestigious Tchaikovsky International Competition in Moscow, Russia in 1966.  From 1965 to 2011, he has performed to great acclaim in opera houses around the world.

In 1978, his triumphant performance as the Dutchman in Richard Wagner’s The Flying Dutchman marked the first appearance of an African American male singer at the famed Bayreuth Festival in Germany.

Simon Estes made his operatic debut at the Metropolitan Opera in New York in January 1982 in Wagner’s Tannhäuser to both audience and critical acclaim.  In 1985, he sang with Leontyne Price in Verdi’s Aida, in the legendary soprano’s farewell appearance at the Met.  He also starred in the 1985 production of Gershwin’s Porgy and Bess and opened the 1986 Met season singing Wotan in Wagner’s Die Walküre, under the celebrated conductor James Levine.

Estes and his wife, Ovida, have three daughters, Jennifer, Lynne, and Tiffany.  The family lives in Iowa where he is on the faculty at Wartburg College in Waverly and serves as Distinguished Artist in Residence at Iowa State University.

In 2010, Simon Estes embarked on what is called a “Roots and Wings” concert tour that has taken him to 34 of Iowa’s 99 counties.