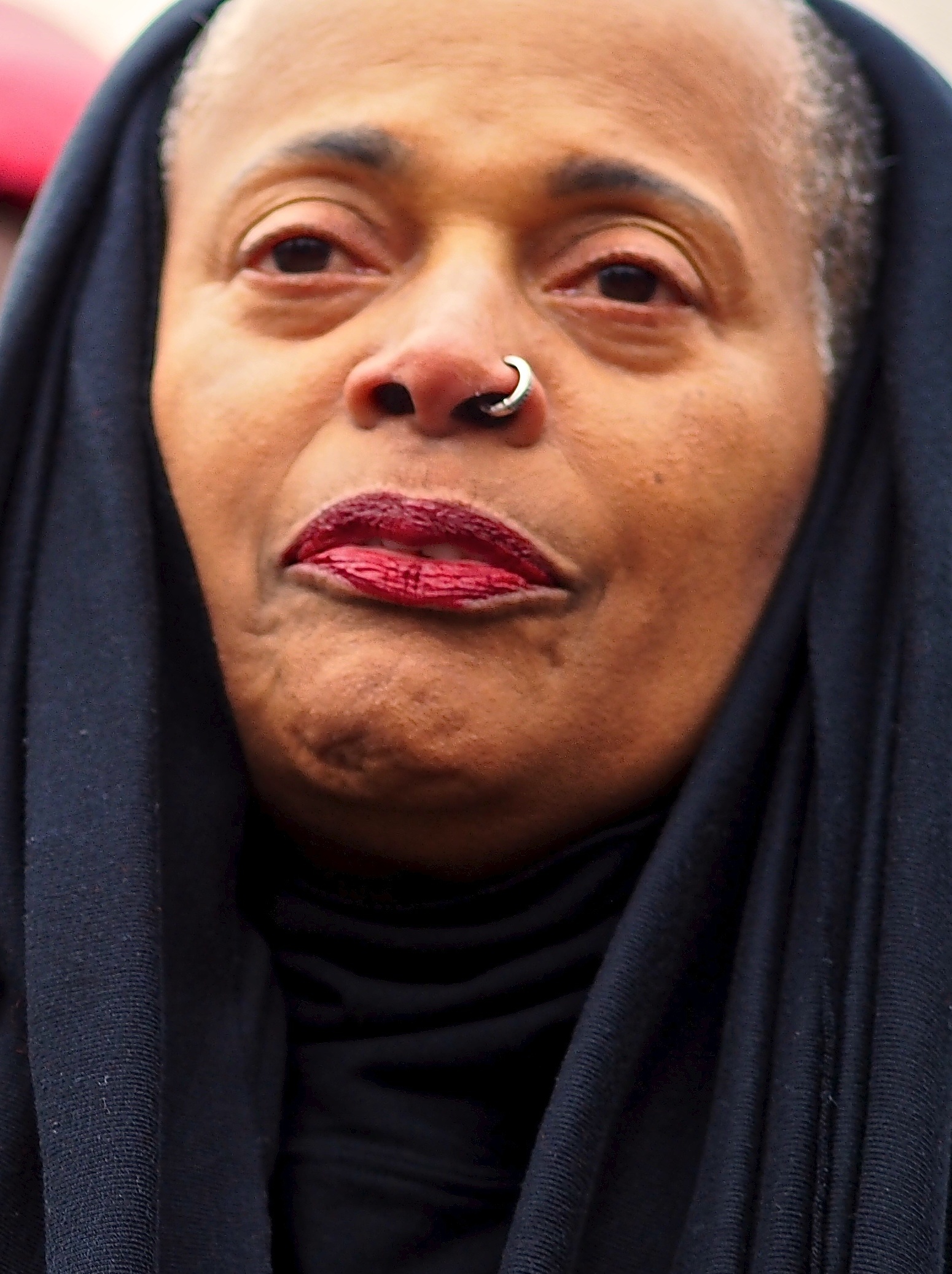 Ramona Lofton, better known as Sapphire, is a self-admitted bisexual, novelist, poet, and performance artist. She gained prominence for her 1996 debut novel, Push, and other works that focus on the alarming realities of inner city life.

Lofton was born on August 4, 1950 in Fort Ord, California, the second oldest of four children born to military parents. Her father was an army sergeant and her mother was a soldier in the Women’s Army Corps. Throughout her childhood, her family maintained a middle-class façade while hiding incest and alcoholism.

When Lofton was thirteen, her father retired from the Army and moved the family to Los Angeles. Her mother, who was battling alcoholism, did not join them and instead abandoned the family. Years later they reconnected, but her mother succumbed to alcoholism in 1986.  That same year Lofton’s homeless brother was murdered in a Los Angeles park. Their deaths later played pivotal roles in Lofton’s emerging writing career.

Lofton dropped out of high school and moved to San Francisco in the early 1970s, briefly studying chemistry and dance at the City College of San Francisco, before adopting what she described as a hippie lifestyle.  She moved to New York City in 1977, where she supported herself by working as a housekeeper and as a topless dancer.

Lofton returned to school at the City College of New York, majored in modern dance and graduated with honors in 1993; she obtained a master degree in fine arts in 1995 from Brooklyn College.

In the 1980s, Lofton adopted the stage name Sapphire and immersed herself in the Slam Poetry movement emerging in New York City.  She also became a member of the United Lesbians of Color for Change, Inc., a nonprofit organization in New York.

Sapphire’s writing career began with her self-published collection of poems, Meditations on the Rainbow in 1987, followed by American Dreams, a compilation of poetry and prose in 1994.  The second volume garnered the attention by the literary public and earned her a MacArthur Scholarship in Poetry and Downtown Magazine’s Year of the Poet III Award. Lofton’s works explored sexual identity, police brutality, and her relationship with her alcoholic mother and abusive father.

Lofton’s most successful novel, Push, the harrowing story of a young, illiterate girl named Precious Jones who endures emotional, physical, and sexual abuse by her parents, but later finds refuge in a sincere teacher, was released in 1996.  Thirteen years later, in 2009, Push became a widely acclaimed film directed by Lee Daniels. In 2011 Lofton published The Kid, the long awaited sequel to Push, which followed the story of Precious’s son, Abdul.