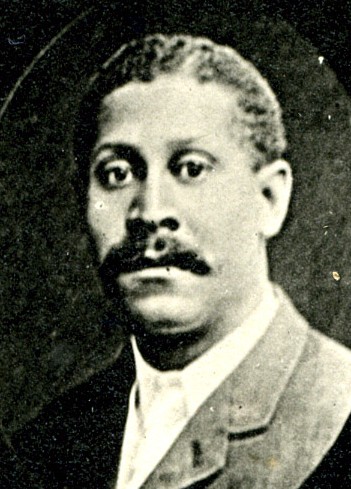 Jesse Max Barber, journalist, dentist, and civil rights leader, was born on July 5, 1878 in Blackstock, South Carolina to former slave parents.  As a young man he worked as a barber while completing the teacher’s training course at Benedict College, Columbia, S.C.  His literary career began in 1903 while attending Virginia Union University in Richmond.  While there, he became student editor of the University Journal and was president of the Literary Society.

Immediately following his graduation in 1903, Barber began working as a managing editor for a new black periodical, the Voice of the Negro, founded in Atlanta in 1904.  Barber eventually became the editor-in-chief.  As it developed into a widely-read journal, the Voice became a progressive, radical forum for Barber.  By 1906 it was the leading black magazine in the United States with a circulation of 15,000.

Barber’s association with W.E.B. Du Bois, the Niagara Movement, and the National Association for the Advancement of Colored People (NAACP) left no doubt that he was an outspoken critic of racial injustice.  He argued fervently for black civil rights and stressed the importance of chronicling historical events for future generations.  Sadly, in 1906, the Voice became a casualty of the Atlanta race riot and moved its publication to Chicago before finally going under in 1907.  For a brief period Barber was editor of a weekly newspaper, the Chicago Conservator.

Though his passion was journalism he realized he needed a more secure means of livelihood.  In 1909, Barber enrolled in the Philadelphia Dental School.  Upon graduation in 1912 he opened his own dental office in Philadelphia.  Despite his new career Barber remained committed to social activism; from 1919-1921 he served as president and on the executive committee of the NAACP’s Philadelphia branch.  Barber would go on to be the president of the John Brown Memorial Association and publish a number of articles on civil rights and racial injustice in Abbott’s Monthly between 1930 and 1933.

As the years went on, Barber became less and less involved in public activity.  He practiced dentistry in Philadelphia until his death on September 20, 1949.