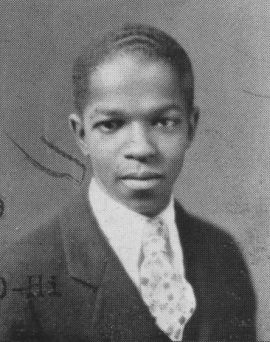 Baker studied chemistry at Oberlin College in Oberlin, Ohio and earned his B.A. degree in 1929. He began postgraduate studies at Oberlin and earned his M.A. degree in 1930. He then taught at many Historically Black Colleges and Universities (HBCUs) to support himself and his family. Baker was as an instructor of chemistry at Tougaloo College from 1930 to 1931, and at Talladega College from 1931 to 1932. Baker spent the majority of his academic career serving as professor of chemistry and department chair at Virginia State College (now Virginia State University). He taught there from 1932 to 1972 when he retired. Baker was listed in the American Men of Science (1957), and was a member of several organizations including Phi Beta Kappa, Sigma Xi, and the American Chemical Society.

Baker began pursuing his Ph.D. in chemistry at The Ohio State University in 1931. During the next three summers he attended Ohio State. Baker was finally able to attend graduate school full-time when he was awarded two fellowships. He received a fellowship from the General Education Board to attend from 1937-1938, and a University Fellowship to attend from 1938-1939. In 1941 Baker successfully defended his doctoral thesis entitled, “The Molecular Size of Glycogen and Mannan A,” and earned his Ph.D. from Ohio State University.

Baker married Ruth Modena Taylor (1914-1961) in 1936 and they had two sons, Thomas Nelson Baker, III (b. 1937) and Newman Taylor Baker (b. 1943). Ruth was a professor of English at Virginia State College. Newman went on to a career as a jazz percussionist. Thomas Nelson Baker, III earned his Ph.D. in chemistry from Cornell in 1963 and worked for ARCO (Atlantic Richfield Co.) where he received several patents focusing on petroleum research.