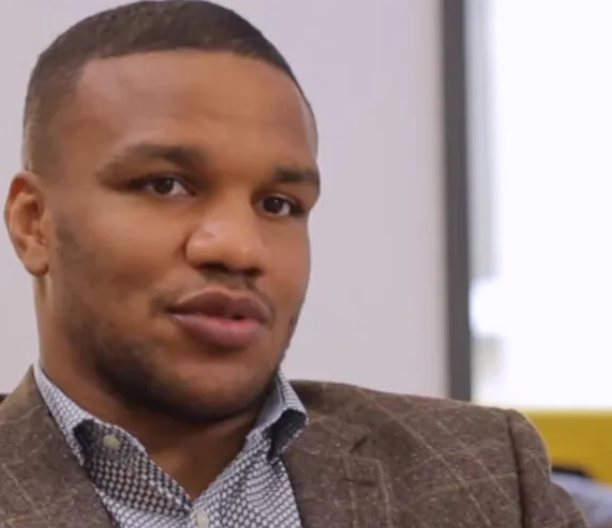 Afro-Ukrainian champion athlete and politician Zhan Beleniuk was born January 24, 1991 in the capital city of Kyiv (a.k.a. Kiev) to Svitlana Beleniuk, a Ukrainian dressmaker. His father, Vincent Ndagijimana, an ethnic Hutu and former student at Ukraine’s National Aviation University, was killed in a “politically motivated car accident” in his native Rwanda in 1994 during that nation’s genocidal civil war. Beleniuk never saw his father who left the Ukraine prior to his birth. The only child of his mother, he was raised with the help of his grandmother in a one-room apartment in Kyiv. He began working at an early age to earn income for the family. Growing up he suffered the trauma of racist taunts by neighborhood children and had fistfights with his tormentors, all of which plunged him into depression.

Beleniuk’s victories on the mat translated to victory in the voting booth. Encouraged by members of President Volodymyr Zelensky’s emerging Servant of the People party, in 2019 he successfully ran for a seat in the Ukrainian Parliament becoming the first person of sub-Saharan African descent to occupy such high political office in that nation. But his accomplishments as a Ukrainian-born citizen were not universally welcomed. Strolling down a street in the Pechersk district of his hometown in August 2021 Beleniuk, a recognized Olympic gold medalist and member of Parliament, was verbally assaulted by youths who called him “a black monkey” and told him to “go the Africa.” President Zelensky condemned his assailants. Repeatedly asked about acts of blatant racism and discrimination Beleniuk once responded: “This is not only [a] Ukrainian problem, it’s a problem in every country. I think every country has some idiots.”

The start of the Russian invasion of Ukraine on February 24, 2022 brought attention to Beleniuk who was interviewed by American media outlets because of racially-inspired mistreatment of foreign students of color struggling flee across borders to safety. He was asked to comment on how he hoped to defend his country against Russian aggression. Though lacking military training he armed himself and told one reporter: “We’ve heard that the Russians have targeted the president and certain members of Parliament, because they want to bring in a puppet who will follow their orders. But I am from Kyiv. I am not going anywhere, and nor is the president.”