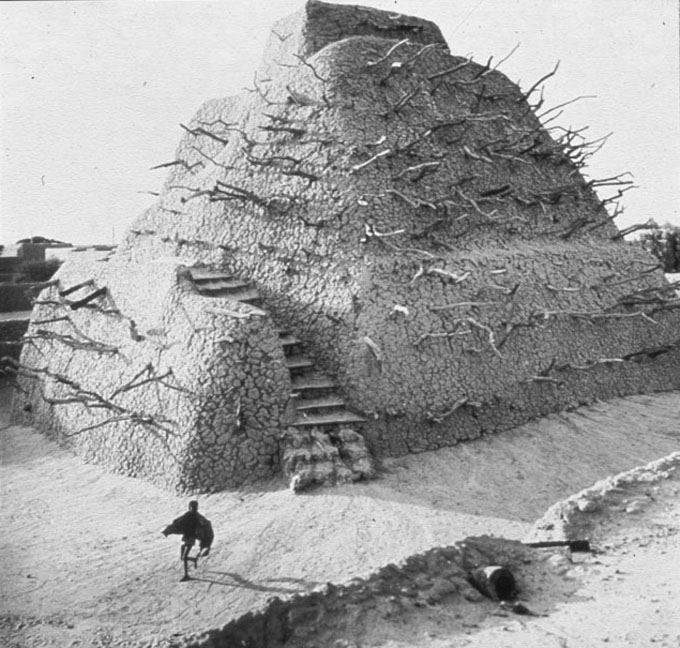 Muhammad Toure, also known Askia Muhammad I and Askia the Great, was a ruler of the Songhay (or Songhai) Empire of West Africa in the late 15th and early 16th centuries. Though Muhammad’s origins are debated, it is accepted that he was a descendent of the Soninke people, one of the oldest clans in West Africa, and was among the Songhay governing elite while under the rule of his predecessor, Sunni Ali.

When Sunni Ali died in 1492, his son and successor was removed by a coup d’état. Months later, Askia (the title given to rulers of the Songhay Empire) Muhammad assumed the throne. Under the rule of Muhammad, the Songhay Empire rapidly expanded. It incorporated the Hausa states as far as Kano in the South (present-day Nigeria) and in the west, Muhammad’s continuous expeditions against the Malian Empire made former Malian territories tributary to the Songhay. By 1500, the Songhay Empire covered over 1.4 million square kilometers, from what is now Northern Nigeria to present-day Senegal.  At the time it was the largest empire in African history.

Askia Muhammad also introduced policies that increased trade with Europe and Asia, standardized weights, measures, and currency; replaced native Songhay administrators with Arab Muslims in an attempt to Islamicize society, and encouraged learning and literacy. He additionally created positions for directing finance, agriculture, justice, interior, protocol, and waters and forests. The period of Muhammad’s rule is known as a golden age for Muslim scholarship at Sankore University in Timbuktu. It was also a period of cultural revival.

In 1528, Askia Muhammad was deposed by his son, Askia Musa. In oral and written narratives, Muhammad Toure’s reign is marked by love for war and respect for Islam. Muhammad died in 1538, at the age of ninety-six.