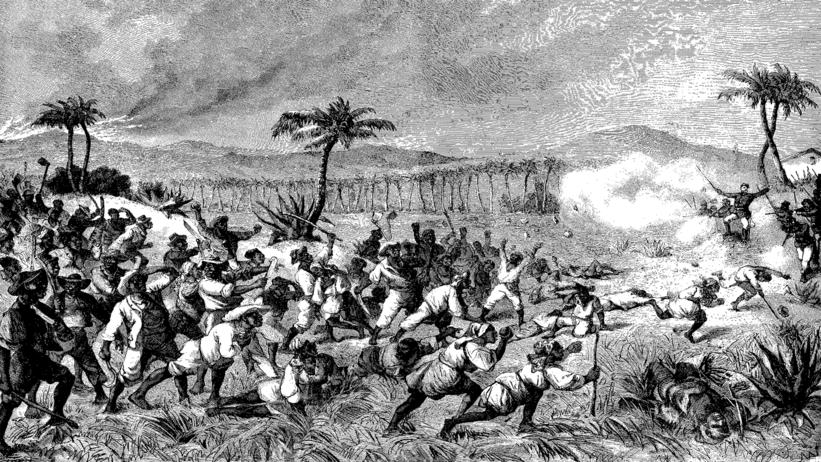 Chattel slavery was practiced in the Danish West Indies from around 1650 until July 3, 1848, when Colonial Governor Peter von Scholten issued an emancipation proclamation. The Danish government, however, then enacted rules that kept people enslaved by contracts for another two years. In 1847, a year before the governor’s decree, the government instituted a gradual emancipation plan stating that henceforth children born to enslaved laborers would be free. In addition, all forms of slavery would cease entirely in 1859.

Given the confusion and uncertainty around emancipation, sugar plantation owners made sure that the lives of former slaves changed little after emancipation. Many ex-slaves were hired at the plantations where they were previously enslaved and offered one-year working contracts that included a small hut, a plot of land, and a little money. Unlike during slavery, these free workers did not receive food or any care from their employers, prompting some of them to declare that the new conditions were worse that enslavement.

Each October 1 (Contract Day) workers were allowed to leave their plantations and enter into contracts with new plantation owners. On October 1, 1878, workers gathered on the island of St. Croix to protest low wages and harsh living conditions. This gathering turned into a riot. Participants threw stones at Danish soldiers, who soon barricaded themselves in the town fort on the island. The riots were said to be organized and led by three women: Mary Thomas, Axeline Elizabeth Salomon, and Mathilda McBean.

On October 4, 1878, British, French, and American warships arrived at St. Croix help stop the riots but were turned away by local Danish authorities. The next day, Governor von Scholten issued a declaration that all laborers should return to their plantations or be declared “rebels.” The uprising continued, but after two weeks many workers had returned to their plantations and the revolt ended. During the unrest nearly 100 people were killed and 50 houses were burned. Almost 900 acres of sugar were destroyed.

The Danes arrested approximately 400 people. Twelve were sentenced to death and immediately executed. Another thirty-nine were sentenced, but thirty-four had their sentences commuted to shorter terms. Among the last group were Thomas, Salomon, and McBean, who were sent to the women’s prison, Christianshavn, in Copenhagen, Denmark in 1882. They returned to Christiansted, St. Croix in 1887, to serve out the remainder of their sentences. These three women became known as “The Three Queens.”

In 2004, historian Wayne James discovered historical documents that suggested the role of a fourth Queen, Susanna Abramsen, also known as Bottom Belly. St. Croix has a Queen Mary Highway in her honor. The Three Queens Fountain was commissioned by the St. Thomas Historical Trust and unveiled in 2005. Each woman in the statue holds a tool used in the revolt, a flaming torch, a sugarcane knife, and a lantern. In 2018, artist Jeanette Ehlers and La Vaughn Belle created the I Am Queen Mary monument in the port of Copenhagen. The statue is twenty-three feet tall and is Denmark’s first public monument to a black woman.