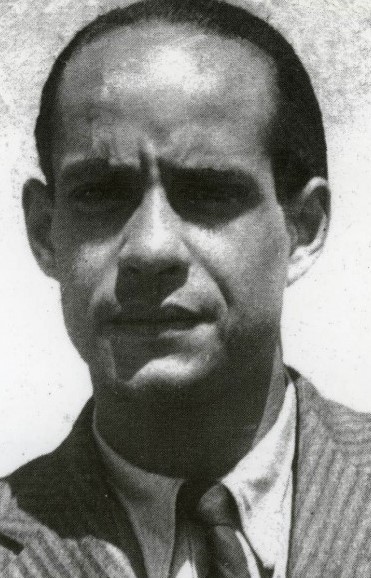 Jacques Roumain (Born Jean-Baptiste Roumain) was a Haitian author, poet, novelist, essayist, political activist, and diplomat born on June 4, 1907. He was one of the more famous twentieth century Haitian intellectuals.

Jacques Roumain was born in Port-au-Prince, the Haitian capital. He was the first of eleven siblings, son of Auguste Roumain, a landowner, and Emilie Auguste, daughter of Tancrède Auguste, who was president of the Haitian Republic between 1912 and 1913. Roumain began his education at Saint-Louis de Gonzague, a prestigious private academy, but in 1922, he was sent to Switzerland to continue his studies. In 1926 Roumain left Switzerland for Spain to study agronomy, yet he gave up his studies and focused on bullfighting. His interest in the sport led him to attend classes on the subject and to write the poem “Corrida” in Madrid in May 1926.

In 1927 twenty-year-old Roumain returned to Haiti and co-founded and published two literary newspapers, La Trouée and La Revue Indigène. In December 1927, he helped found Le Petit Impartial, a political newspaper attacking President Louis Borno for collaborating with the United States which was then occupying Haiti. That occupation lasted from 1915 to 1934. In April 1928, Roumain founded the Ligue de la Jeunesse Patriote Haitienne (The Haitian and Patriot Youth League).

On December 13, 1928, Roumain and his friends, Georges Petit and Elie Guérin, were arrested for violating the press laws. They were convicted after a trial in April 1929. On April 29, they were convicted and sentenced to fines and one year in prison. Retried in June, they were declared innocent but remained in jail, facing other accusations. In response, Haitian youth groups rioted, prompting the government to release Roumain and his associates. In December 1929, he married Nicole Hibbert.

In June 1930, following the end of Borno’s presidency, Roumain was appointed to the Ministry of the Interior. In September, he left the Ministry to support Stenio Vincent, a candidate for the presidency.  After Vincent was elected on November 8, 1930, Roumain returned to his post in the Ministry. In 1932 he traveled to the United States, officially to conduct economic studies but, according to other sources, to become a member of the American Communist Party. Fearing arrest, he returned clandestinely to Haiti in December 1932. He was arrested in 1933 and in October 1934 was convicted for treason and conspiracy and sentenced to three years in prison.

In 1936 Roumain was freed but expelled from Haiti. He began a self-imposed exile in Brussels, Belgium. Later that year, the Haitian Communist Party, which he had helped found, was outlawed.

In 1938 Roumain moved to Paris, France where he collaborated with French left magazines such as Regards, Commune or Les Volontaires. There he wrote articles and editorials attacking the Haitian political elite. In December, however, he was convicted by a French court of mounting an affront against a foreign head of state. In 1939 he fled the coming World War II, which ironically meant sending his family to Haiti while he returned to the United States.

In 1941 after a brief residence in Havana, Cuba, Roumain returned from a six-year exile to Haiti. He arrived in Port-au-Prince, began an academic career, and in 1942 became a diplomat in the Haitian Embassy in Mexico City, Mexico. In 1943 he returned to Haiti because of ill health.

On the 18 August 1944, Jacques Roumain died in Port-au-Prince. He was thirty-seven years old.