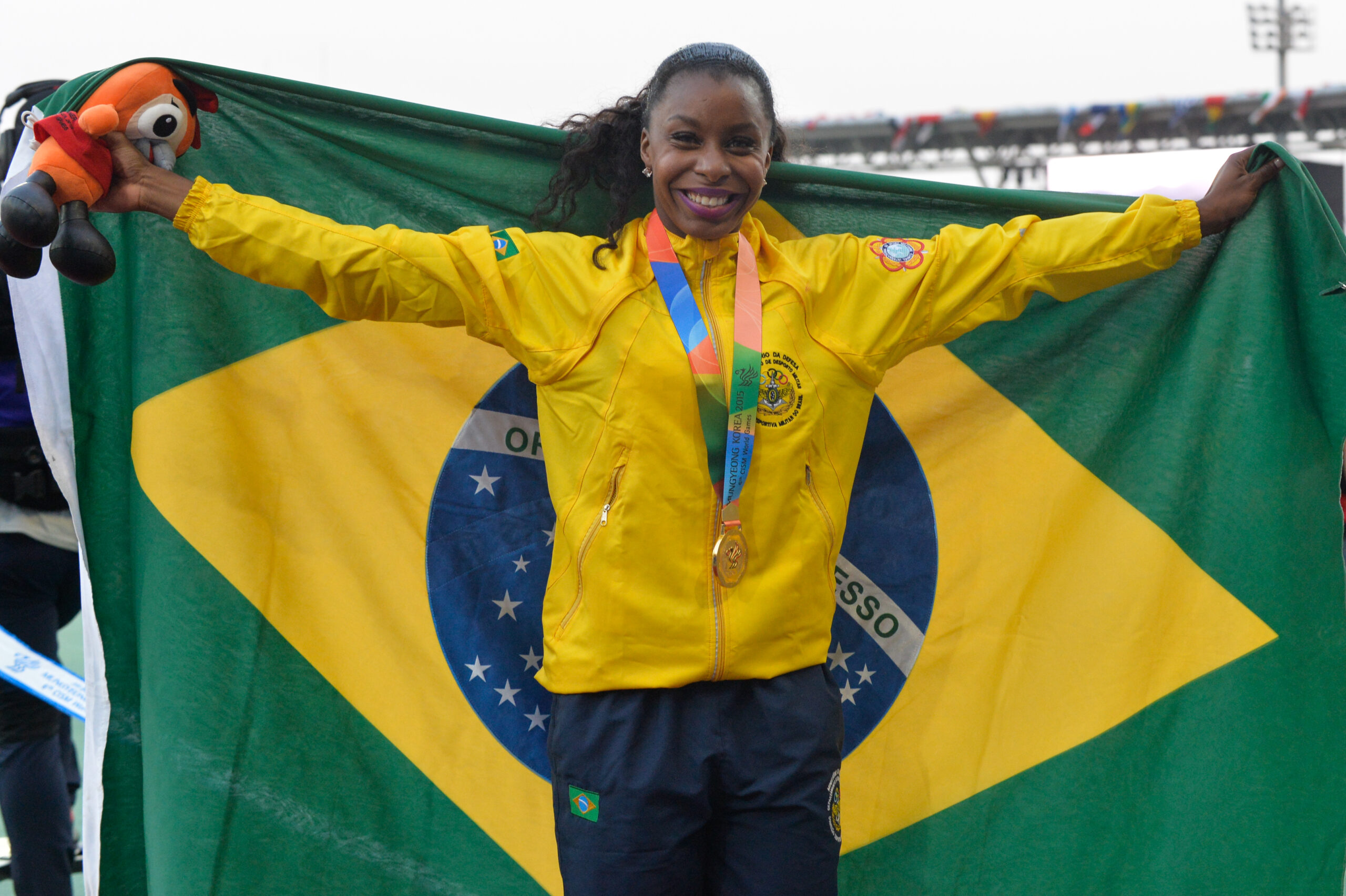 Rosângela Cristina Oliveira Santos is a track and field sprint athlete who competes internationally for Brazil, specialising in the 100 and 200 meter sprints. Born to Brazilian parents in Washington D.C., on December 20, 1990, she contracted pneumonia as a baby and was one year old when her parents took her to live in Brazil. According to Santos’s aunt, Maria das Graças, two of her sisters moved to the United States to become members of a dance company. One sister, Barbara, who became Rosângela’s mother, met a Brazilian in the U.S. and decided to remain in the country. After Rosângela was born and became ill, the parents decided to take her to Brazil where she would be cared for by her aunt, Maria. That move allowed Rosângela’s parents to continue working in the United States.

Rosângela Santos was raised by Maria das Graças in the town of Padre Miguel, a suburb of Rio de Janeiro. Santos’s first love was samba, a Brazilian musical genre and dance style, with its roots in African religious traditions. However, she very early showed a talent for athletics. At age nine, she demonstrated that talent by running throughout the streets of Padre Miguel for the fun of it.

Santos first represented Brazil at the 2008 Summer Olympics in Beijing, China, competing in the 4×100 meters relay; her team missed out on the bronze medal by 0.10 seconds. She later participated at the 2011 Pan American Games in Guadalajara, Mexico, winning the gold medal in the 100 meters event. She also took gold in the 4×100 meters relay with a time of 42.85, breaking the South American record. At the 2011 IAAF World Championships in Athletics in Daegu, South Korea, Santos ran the anchor leg in the 4x100m final, ranking seventh with a time of 43.10 seconds and setting a new South American record.

Competing at the 2012 Summer Olympics in London, UK, Santos placed third in the semi-finals, losing to Carmelita Jeter of the United States and Veronica Campbell-Brown of Jamaica. Santos was the first Brazilian woman to achieve a place in the semi-finals of this Olympic event. The Brazilian 4x100m relay women’s team, of which she was a member, broke the South American record in the qualifying round of the race. In the finals, Santos’s team finished seventh.

At the 2013 Moscow World Championships in Russia, her 4.x100 meter relay team broke the South American record in the semi-finals with a time of 42.29 seconds. In the finals, Brazil came second.

Santos has served as a sergeant in the Brazilian Army and holds dual American and Brazilian citizenship.