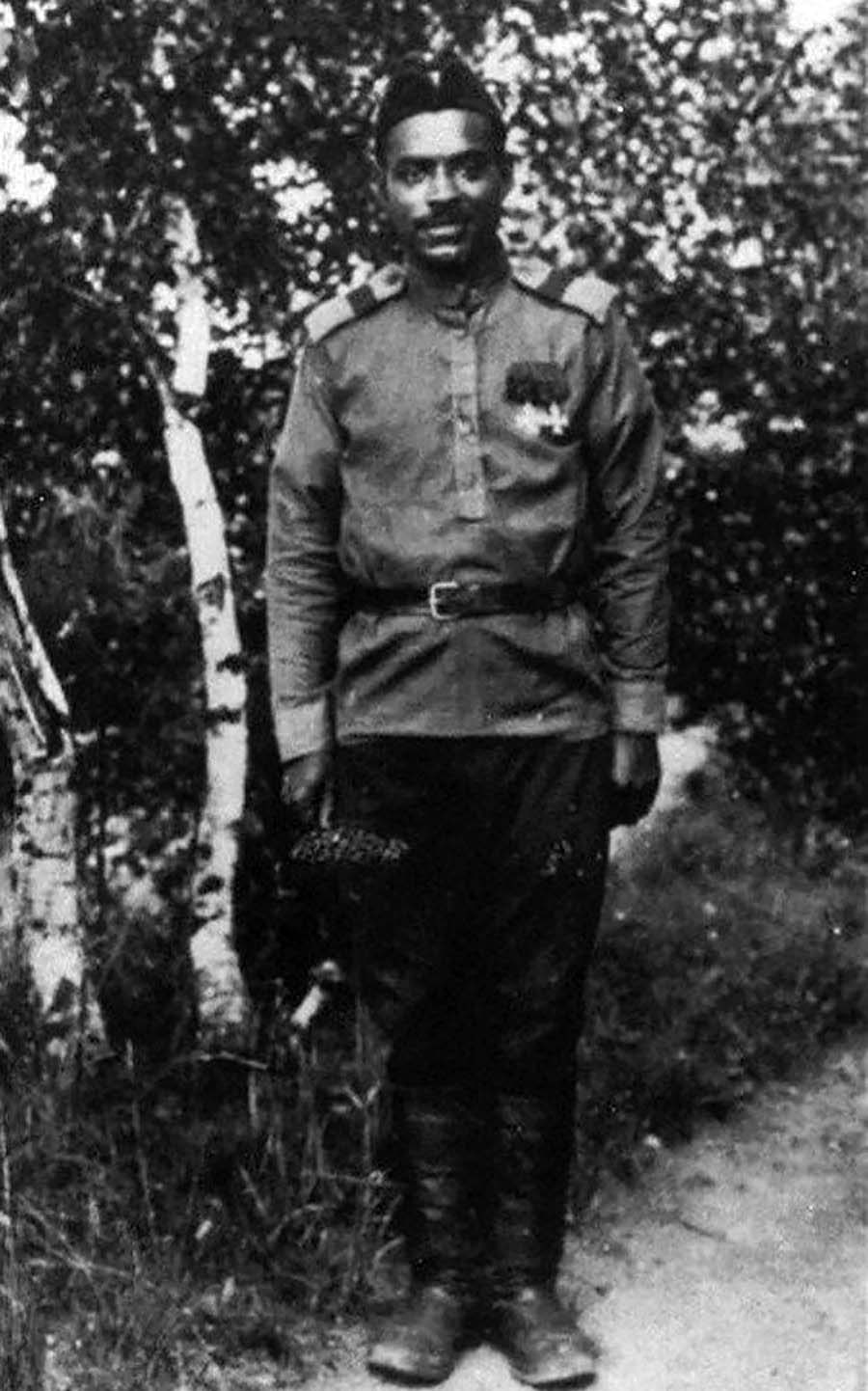 Marcel Pliat was one of several French nationals who served in the Russian Imperial Army during World War I but he was the only black man to serve in the Russian Imperial Air Force. Pliat was born in French Polynesia (now Tahiti) around 1890. His mother, of African ancestry, worked as a servant for wealthy French gentleman. Leaving for Paris, he asked that Marcel’s mother follow them. In transit to Paris in 1907, mother and son ended up in Russia. Marcel grew up in St. Petersburg and graduated from a four-year factory school in Moscow trained as an auto mechanic. As a child, he constantly visited Russian circuses but his love of aviation began when he was taken to a show featuring airplane gymnasts. Pliat married a Russian woman and the couple had one child.

When World War I began in 1914, Marcel chose to remain in Russia although he was still officially a French citizen. He joined the Russian Army and worked at first as a driver. Meanwhile, the Russian Imperial Air Force was the first in the world to create a squadron of heavy bombers called “Ilya Muromets” in Petrograd (formerly St. Petersburg). Pliat was assigned to this squadron.

After undergoing training, Pliat was assigned to the 2nd Aviation Squad, where he combined the posts of a mechanic and machine gunner in the crew of bomber No. 10. His first combat flight took place on the night of February 24, 1915, when Russian bombers headed for the German town of Wallenberg (now Velbark, Poland).

On April 13, 1916, Marcel earned his first combat award during the bombing of the Daudzevas railway station near Riga, Latvia. The plane was badly damaged by ground fire and the commander was wounded. Marcel nearly fell out of his firing point on the plane but because of his quick thinking he tied himself with a rope to the plane before the flight. During the engagement Marcel saved a machine gun that flew out his plane as it took heavy ground fire at the end of the bombing mission.

Incredibly for the rest of the flight Pliat was on the wing, supporting damaged engines. After the plane landed, one wing fell off and more than 70 holes were counted in the aircraft. The actions of Pliat and the rest of the crew ensured that the plane was not shot down or captured by the Germans.

Junior non-commissioned officer Marcel Pliat was awarded the 3rd degree soldier’s Cross of St. George (the highest soldier’s award in the Russian Army at that time) and was promoted to senior unitary officer because of his saving his own aircraft and in shooting down a German plane during the Daudzevas operation.

Pliat returned to combat missions and in November, 1916 he as a gunner on another Ilya Muromets bomber, knocked out two German fighters earning him his second Cross of St. George. After this flight, Marcel Pliat was invited by the designer of Muromets, Igor Sikorsky to make a number of design adjustment recommendations for the aircraft. Sikorsky made the changes recommended by Pliat in the subsequent series of Muromets. The fate of Marcel Pliat and his family is unknown as they disappeared from the public record in 1917, during the Russian Revolution.