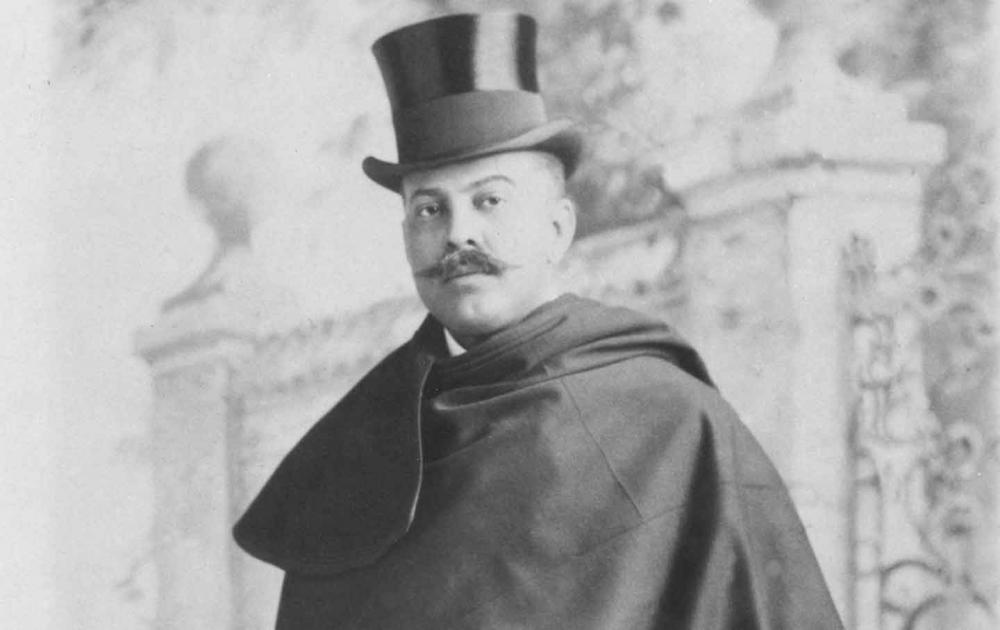 William Henry Ellis, an African American businessman who challenged racial constructs in the United States by “passing” as Hispanic, was born a slave to Charles and Margaret Ellis on June 15, 1864. His parents had been brought by Joseph Weisiger from Kentucky to Texas in 1853. In 1870 the Ellis parents had gained their freedom and relocated to Victoria, Texas, where they established a home for themselves and their seven children.

In his youth, William Henry Ellis attended school in Victoria with his sister, Fannie, while his other siblings held full-time jobs as laborers or servants. Sometime during his teenage years, Ellis learned to speak fluent Spanish.

During his early twenties, Ellis was employed by William McNamara, a cotton and hide dealer, and constantly conducted business with Spanish-speaking businessmen. Eventually, Ellis made a name for himself in the trade. Around 1887, Ellis settled permanently in San Antonio, Texas, and began calling himself “Guillermo Enrique Eliseo,” spreading a fabricated story of his Cuban and Mexican ancestry in newspapers and social circles to conceal his real racial identity, thus enjoying some of the freedoms other African Americans could not experience at the time. He balanced these two identities for the rest of his life.

By the early 1890s, Ellis was swept into Texas politics. In 1888 he gave a speech in support of Norris Wright Cuney that landed Ellis an appointment to the Texas Republican Party’s Committee on Resolutions. By 1892, Ellis was nominated to represent the 83rd District in the Texas Legislature but lost the election to A.G. Kennedy, a white Democrat. Ellis would never seek public office again.

As time went on, Ellis began embracing ideas of African American colonization abroad, especially in Mexico. He was once quoted as saying, “Mexico has no race prejudice from a social standpoint.” Twice during the 1890s, Ellis attempted to create a colony for blacks in Mexico from the southern United States. Both attempts would fail. The first, started in 1889, fell through by 1891 due to lack of financial support and backing from the Mexican government. The second, in 1895, was an exodus of nearly eight hundred people from Tuscaloosa, Alabama, that failed when several cases of smallpox broke out after settlement in near Tlahualilo in northern Mexico, forcing almost all to return to the United States.

Ellis eventually moved to New York City, New York where he was the president of a series of mining and rubber companies, all heavily invested in Mexico. In 1903 after starting a family of his own at age thirty-nine, Ellis traveled to Ethiopia and established unofficial economic ties in a visit with King Menilik. Ellis returned to New York in 1904 and bought a seat on Wall Street. By 1910, facing economic troubles, Ellis sold his seat and moved his family to Mexico, where he would spend the rest of his days.

William Henry Ellis died at the age of fifty-nine on September 24, 1923, in Mexico City, Mexico.