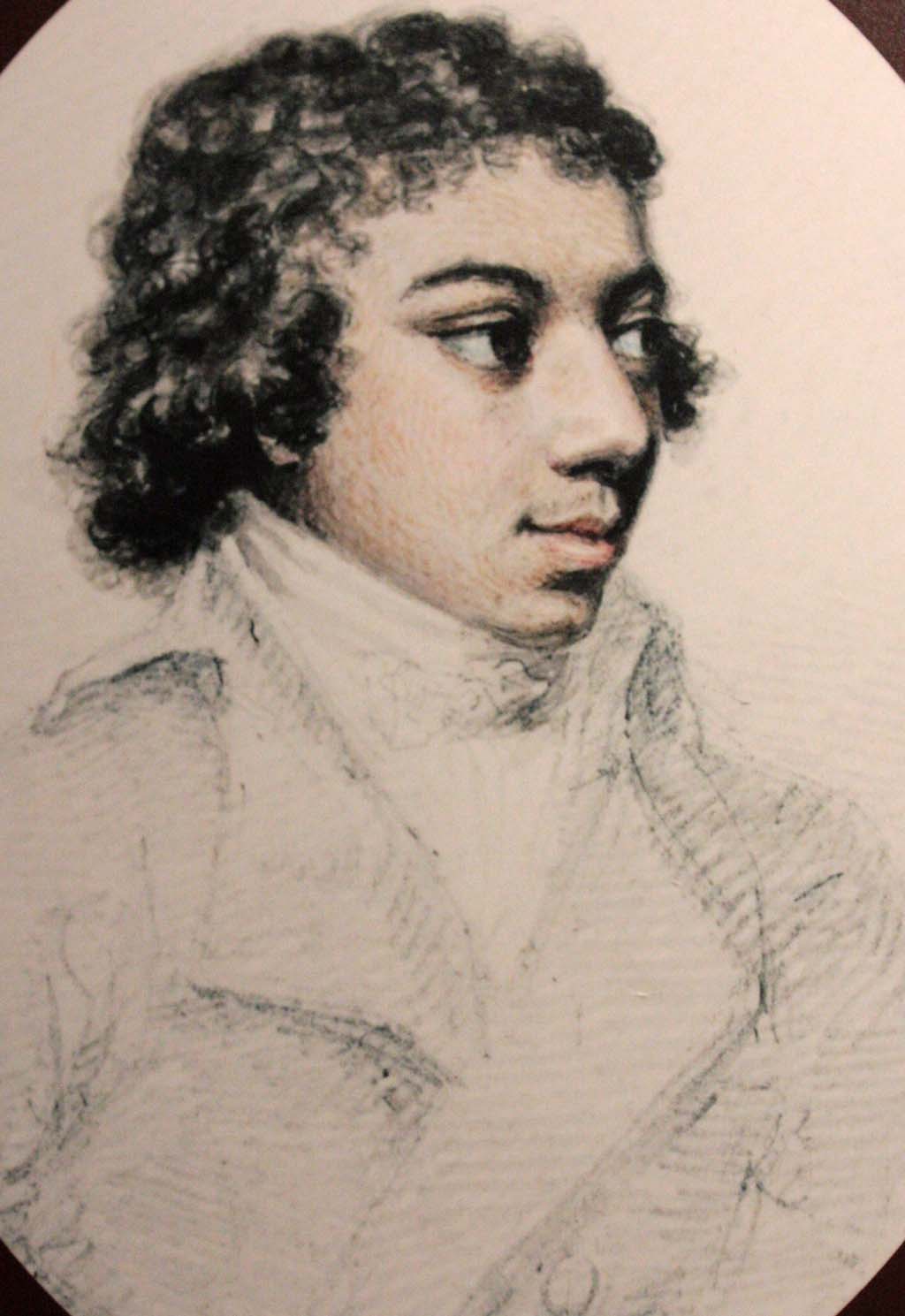 Eighteenth and nineteenth century classical violinist George Augustus Polgreen Bridgetower is perhaps now best remembered for his association with Ludwig von Beethoven, who composed his Kreutzer Sonata for the young Afro-European musician, and personally performed the sonata for violin and piano with Bridgetower. A copy of the sonata autographed by Beethoven is inscribed: “Sonata mulattica composta per il mullato.”

Sources differ on details of Bridgetower’s life. His birth date is variously given as 1778, 1779, or 1780, most likely February 29, 1780. It is known his mother was a Polish European, his father was of African ancestry, and he was born in Poland. While there are several versions of where his father came from – from Africa, or from Barbados – it is unquestioned that he was of African descent.

During Bridgetower’s early childhood, his father was said to have worked in the household of Prince Esterhazy of Hungary, in a castle which maintained an opera house, a private orchestra, and employed the composer Franz Joseph Haydn. The Prince was a great patron of the musical arts, and this childhood home would have been an ideal incubator for Bridgetower’s extraordinary talents.

A child prodigy, Bridgetower’s debut performance in April 1789 was in Paris, France to rave reviews, when he was only nine or ten. In that same year, accompanied by his father, he held concerts in London, Bath, and Brighton in England. The concert in Bath, attended by King George III, was described as “an exquisite performance.”

When he was about 11 in 1791, the Prince of Wales placed Bridgetower under his protection, and appointed tutors for him. First violinist in the Prince’s private orchestra for 14 years, Bridgetower also performed numerous concerts and became a famous and celebrated musician in his time. It was during an 1802 concert tour of Europe that he made friends with Beethoven, who described Bridgetower as “an absolute master of his instrument.”

He was elected to the Royal Society of Musicians in 1807. In 1811, Bridgetower earned the degree of Bachelor of Music at Cambridge University, where he also did some composing. He taught piano, and continued to perform and travel, especially to Italy. Little is known of his later years, and he died on February 29, 1860 in London. George Bridgetower is buried in Kensai Green Cemetery, London. A portrait of Bridgetower is in the collection of the British Museum.