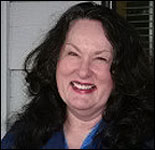 Catherine D. Foster (“Kay”) received her B.A. in Political Science from St. Martin’s College (now University) in Olympia, Washington in 1976. Previously, she attended Western Washington University, where she was in the Honors Program.

She has an extensive background in editing and proofreading, with a number of organizations and agencies including the Washington State Supreme Court. She has edited and copyedited for BlackPast since its inception.

Daughter of a history teacher, she is an amateur historian with a special interest in Pacific Northwest African American history, and the history of jazz. She has served on a number of boards and worked on numerous political campaigns, actively volunteering in her community.

In 1995, author Lalita Tademy left her prestigious and well-paid position of vice-president and general manager at Sun Microsystems and began to search for a new direction for her life. Her long corporate climb, including stints at Bay Area Rapid Transit (BART) and Memorex, led … END_OF_DOCUMENT_TOKEN_TO_BE_REPLACED

On January 20, 2009, with the Presidential swearing in of her husband Barack Obama, Michelle Robinson Obama became the first person of African American descent to become First Lady of the United States. Obama is an accomplished professional with an impressive resume of her own. … END_OF_DOCUMENT_TOKEN_TO_BE_REPLACED

A jazz pianist and bandleader, Count Basie was one of the leading musicians of the Big Band “Swing” era. His Count Basie Orchestra was formed in 1936, and featured singers such as Billie Holliday, and notable musicians including Lester Young, Jo Jones, and Walter Page. … END_OF_DOCUMENT_TOKEN_TO_BE_REPLACED

Eighteenth and nineteenth century classical violinist George Augustus Polgreen Bridgetower is perhaps now best remembered for his association with Ludwig von Beethoven, who composed his Kreutzer Sonata for the young Afro-European musician, and personally performed the sonata for violin and piano with Bridgetower. A copy … END_OF_DOCUMENT_TOKEN_TO_BE_REPLACED

Best known as an opera singer, Jessye Norman also lent her rich, dramatic, and powerful voice to recordings and recitals of spirituals and hymns—including a particularly compelling version of “Amazing Grace,” Christmas carols, and jazz recordings. She never limited herself to any one musical genre, … END_OF_DOCUMENT_TOKEN_TO_BE_REPLACED

Image Ownership: Public Domain Drummer, composer, and percussionist Max Roach was noted for his innovative contrapuntal polyrhythms, and was one of the founders of the bebop movement in jazz. He is widely considered one of the greatest drummers of all time, able to keep … END_OF_DOCUMENT_TOKEN_TO_BE_REPLACED

The career of Seattle-based jazz vocalist Ernestine Anderson is noteworthy both for its prolific output of more than 30 albums, and the more than 60-year span of her career. Born in Houston, Texas on November 11, 1928, as a child she joined her father and … END_OF_DOCUMENT_TOKEN_TO_BE_REPLACED

Sissieretta Jones was a world-famous soprano who in June 1892 became the first African American to perform at Carnegie Hall in New York City, New York. Touring internationally in the late 1800s and early 1900s, she sang both classical opera and performed in musical comedies … END_OF_DOCUMENT_TOKEN_TO_BE_REPLACED

Recipient of the Presidential Medal of Freedom, the nation’s highest civilian honor, attorney Oliver White Hill spent more than 60 years in a practice devoted to civil rights causes. He was in the forefront of the legal effort to desegregate public schools, participating in the … END_OF_DOCUMENT_TOKEN_TO_BE_REPLACED