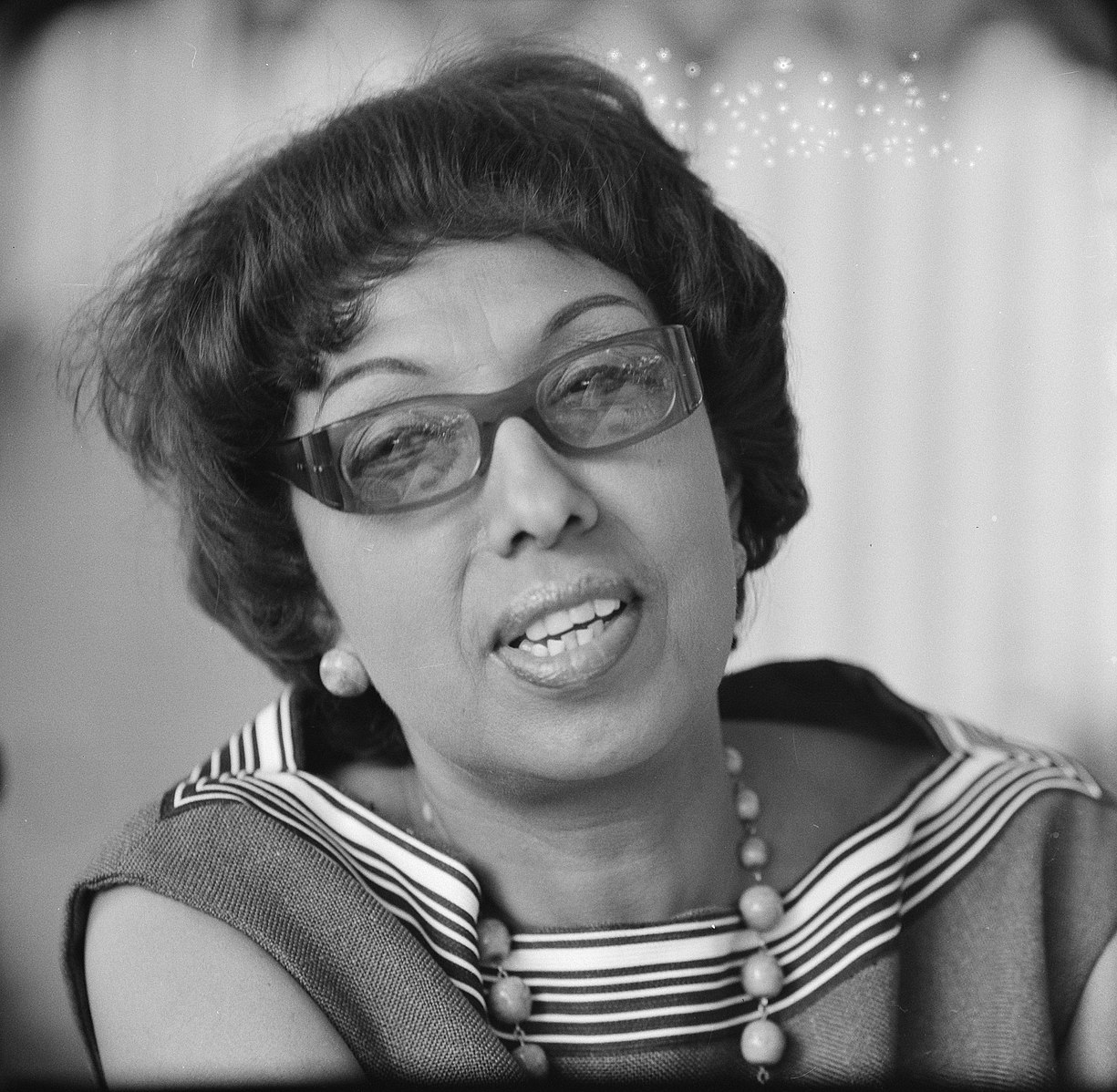 In 1925, Josephine Baker took Paris, France by storm, appearing on stage in “La Revue Negre” wearing nothing but a skirt of artificial bananas in Danse Sauvage.  Born Josephine Freda MacDonald in St. Louis, Missouri on June 3, 1906, she was nicknamed “Tumpy” because she was a chubby baby.  Her mother, Carrie MacDonald, was part black and part Apalachee Indian, while her father Eddie Carson was part black and part Spanish. Both were popular dance hall entertainers in the St. Louis area in the early 1900s. After her brother Richard was born, Baker’s father abandoned the family and left them nearly destitute. Carrie MacDonald soon married Arthur Martin with whom she had two daughters, Margaret and Willie May.

Young Josephine was a talented dancer who loved to perform. When presented with the opportunity to join the Jones’s family band, she dropped out of school, packed up her belongings and, at the age of 13, left to perform on the road. Her early travels were difficult because she was considered too young and too skinny to be a chorus girl and often had to take non-performing parts. One such position was as a dresser for the popular entertainer Clara Smith. Taking the surname of her second of five husbands, Willie Baker, Josephine Baker performed on tour with the band until they split in 1921.  Later that year she performed in the hugely successful all-black musical Shuffle Along, written by Noble Sissle with music composed by Eubie Blake.

After Shuffle Along, Baker performed in the 1924 musical Chocolate Dandies, and she earned rave reviews for her comedic performance. Her big break came on October 2, 1925, when she opened in “La Revue Negre” at the Theatre des Champs-Elysees.  Baker both exploited and promoted European colonial fantasies of the sensual and exotic African.  She brought jazz and the Charleston to Paris and soon became known for her uninhibited performances and scanty costumes.  In 1931, Baker released J’ai deux amours, which became her most successful recording.  Over the next decade, Baker appeared in three films, The Siren of the Tropics (1927), ZouZou (1934) and Princesse TamTam (1935).  Ernest Hemingway, F. Scott Fitzgerald, Pablo Picasso, Langston Hughes and Christian Dior all announced themselves fans of Baker after seeing her performances.

Baker’s success in Europe did not carry over to the United States when she returned in 1936.  Despite top billing in the Ziegfeld Follies with Fanny Brice and Bob Hope, American audiences did not embrace her performances.  Baker was replaced by Gypsy Rose Lee.  Josephine Baker also faced racial discrimination in the United States.  She was barred from many hotels and refused service at clubs and restaurants.  In protest, Baker renounced her American citizenship and moved permanently to Paris in 1937.

During World War II, Josephine Baker used her fame as an entertainer to gather intelligence for the French Resistance during the Nazi occupation.  Using her celebrity as a cover, she carried sensitive documents to neutral countries and allied occupied areas, sometimes using invisible ink on sheet music.  After the war, Baker was decorated for her work by the French government.  She adopted orphans from around the world whom she called her “Rainbow Tribe.” In August 1963, Baker was one of only two women to speak at the March on Washington.

Josephine Baker died in Paris on April 12, 1975, soon after a party given in her honor.  Buried in Monaco, she was the first American woman to receive French military honors at her funeral.