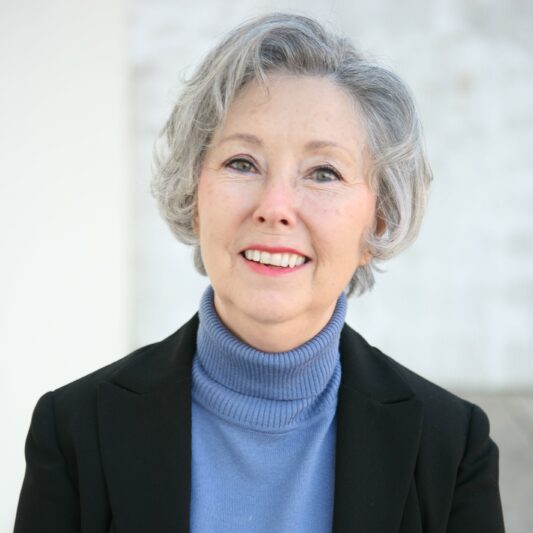 Charlotte Hinger is a novelist and Kansas Historian. University of Oklahoma Press published her academic book, Nicodemus: Post-Reconstruction Politics and Racial Justice in Western Kansas, which placed second in the Westerners International book contest. Her novel, The Healer’s Daughter, a novel about the founding of Nicodemus Kansas. won a Kansas Notable Book Award, a Will Rogers Silver Medallion, and was a finalist for the High Plains Book Award. “’The Colored People Hold The Key’” won first place in the Westerners International articles contest.

Hinger has published a number of articles and short stories about African Americans in the West. Her first historical novel, Come Spring, about homesteading in Kansas, won the Western Writers of America first novel contest, and was a finalist for a Spur Award. Her mystery series is published by Poisoned Pen Press/Sourcebooks. She is a board member of the Nicodemus Historical Society.

Clarence Clyde Ferguson was appointed Ambassador Extraordinary and Plenipotentiary to Uganda on March 17, 1970 by President Richard Nixon. He presented his credentials June 30, 1970 and terminated his mission on July 19, 1972. Ferguson was born November 4, 1924 in Wilmington, North Carolina to … END_OF_DOCUMENT_TOKEN_TO_BE_REPLACED

Samuel Z. Westerfield, Jr., a Career Foreign Service Officer, was appointed ambassador to Liberia July 8, 1969 with the title of Ambassador Extraordinary and Plenipotentiary. He died of a heart attack July 19, 1972 at the embassy in Monrovia at the age of 52. Westerfield … END_OF_DOCUMENT_TOKEN_TO_BE_REPLACED

Nicodemus Street Scene, ca. 1885 “Image Ownership: Public Domain” John W. Niles was one of the founders of Nicodemus, Kansas, the first black community on the High Plains. Niles was born into slavery in Mississippi in 1842 to a European father and a black mother … END_OF_DOCUMENT_TOKEN_TO_BE_REPLACED

William Lewis Eagleson published the Colored Citizen, the first black-owned newspaper in Kansas. He was born a slave August 9, 1835 in St. Louis, Missouri. The Colored Citizen originated at Fort Scott, Kansas, January 1878. Eagleson moved the paper to Topeka, Kansas in July1878 because … END_OF_DOCUMENT_TOKEN_TO_BE_REPLACED

Image Ownership: Public Domain The Kansas Emancipation League’s primary goal was “to bring about emancipation throughout the whole land.” It was initiated at the First Baptist Church in Leavenworth, Kansas in 1862. It also pledged to “support the war until its successful termination,” put an … END_OF_DOCUMENT_TOKEN_TO_BE_REPLACED

William Bolden Townsend, a journalist, educator, lawyer, and politician, gained fame through his campaigns against racist violence. He was born into slavery in Huntsville, Alabama in 1854.  His white, maternal grandfather, Samuel Townsend, emancipated him. William Townsend and his mother, Margaret (Richardson) Townsend, moved to … END_OF_DOCUMENT_TOKEN_TO_BE_REPLACED

Nicodemus Kansas, 1885 “Image Courtsey of Kansas Historical Society” In the article below independent historian Charlotte Hinger explores the concept of racial uplift, black electoral power and reparations for slavery in the ideals of three early citizens of Nicodemus, the most famous 19th Century black … END_OF_DOCUMENT_TOKEN_TO_BE_REPLACED