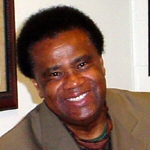 Dr. Anthony D. Hill, writer, director, administrator, and associate professor of drama in the Department of Theatre at The Ohio State University, has also taught at Vassar College, University of California at Santa Barbara. He has concentrated on previously marginalized theatre practices, African American and American theatre history, and performance theory and criticism. He currently focuses on the life and works of August Wilson, and African American Cinema, and Black masculinity in the works of African American male playwrights. Hill is author with Douglas Q. Barnett of Historical Dictionary of African American Theater (Scarecrow Press, 2008, 642 pgs.). His book Pages from the Harlem Renaissance: A Chronicle of Performance (Peter Lang, 1996, 186 pgs.) is now in its third reprint. He is featured in Whose Who in Black Columbus (2006 ed.). His essays have appeared in such journals as Text and Presentation, Journal of the Comparative Drama Conference; Black Studies: Current Issues, Enduring Questions; and African American Review (formerly Black American Literature Forum). He contributed historical articles to Dr. Quintard Taylor’s on-line Pursuing the Past in the Twenty-first Century; a book review in The Journal of the Southern Central Modern Language Association; and was contributing editor for History of the Theatre (9th ed.), Theatre Studies, and Elimu. Hill received degrees in theatre at the University of Washington (B.A.), Queens College (M.A.), and in performance studies at New York University (Ph.D.).

The Anita Bush Players, also known as the Anita Bush All-Colored Dramatic Stock Company was organized by Actor Anita Bush in New York City in 1915. An actor, dancer, and producer, Anita Bush turned to drama after a back injury ended her dancing career in … END_OF_DOCUMENT_TOKEN_TO_BE_REPLACED

Charles Sidney Gilpin, an actor, singer, and vaudevillian dancer, was the most successful African American stage performer in the early 20th Century.  He is best known for his portrayal of Brutus Jones in Eugene O’Neill’s The Emperor Jones. A Richmond, Virginia, native, Gilpin attended St. … END_OF_DOCUMENT_TOKEN_TO_BE_REPLACED

A pioneer playwright and moralistic philosopher of constructive thinking, Garland Anderson was the first African American known to have a serious full-length drama produced on Broadway in New York. Active in the theatre for over 10 years during the 1920s and 1930s, he achieved national … END_OF_DOCUMENT_TOKEN_TO_BE_REPLACED

Joseph Seamon Cotter, Sr., the father of poet-playwright Joseph Seamon, Jr., distinguished himself as a playwright, poet, author, and educator. Cotter was born in Bardstown, Kentucky in 1861, but was reared in Louisville. He was one of the earliest African American playwrights to be published. … END_OF_DOCUMENT_TOKEN_TO_BE_REPLACED