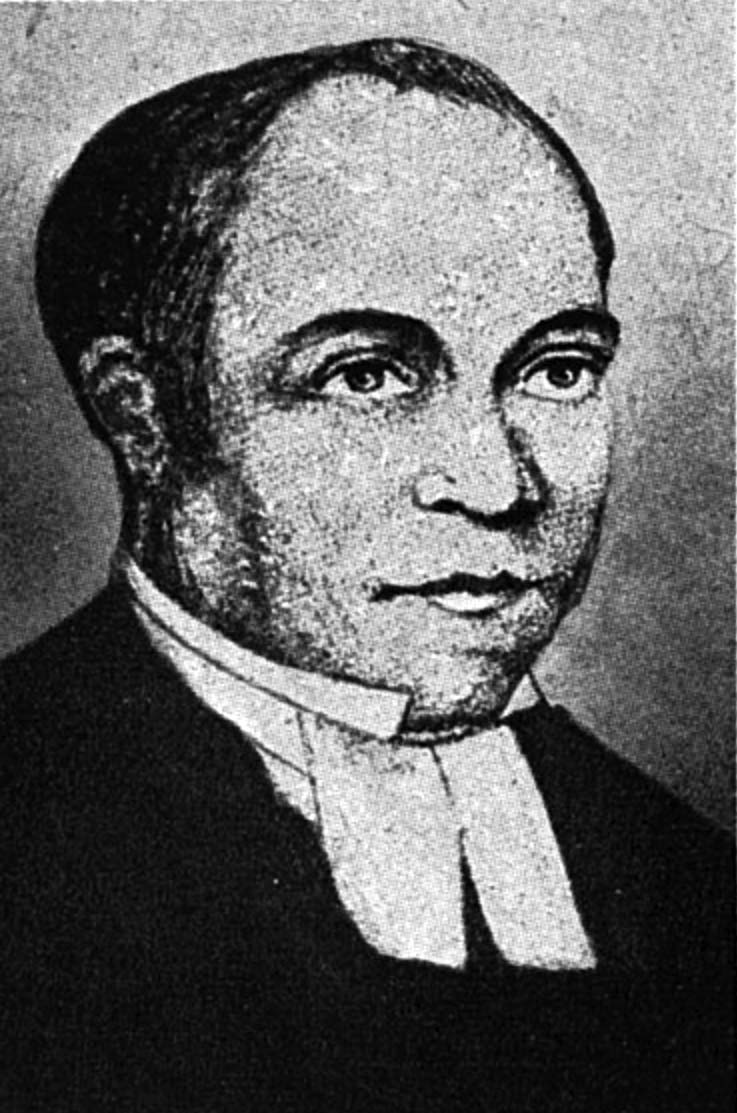 Peter Williams Jr., clergyman, abolitionist, and opponent of colonization was born in New Brunswick, New Jersey around 1780. His family moved to New York City, where he first attended the New York African Free School operated by the Manumission Society. He was also taught privately by Episcopal Church leader, the Reverend Thomas Lyell. Williams joined a group of black Episcopalians who worshiped at New York’s Trinity Church on Sunday afternoons. There, lay leader John Henry Hobart confirmed and tutored Williams as well as other future Episcopal clergymen. Hobart also officiated at Williams’ wedding. When Hobart died, Williams was elected by the congregation as lay reader and licensed by the bishop.

In 1818, Williams led the other African American Episcopalians in creating their own church, St. Philip’s African Church. The new church was recognized by the Episcopal Church on July 3, 1819, as one of the earliest predominantly black Episcopal Churches in the United States. On July 10, 1826, Peter Williams Jr. was advanced to the priesthood, becoming the second African American ordained.

St. Philip’s Church grew rapidly under Williams’ leadership. When the original structure burned down in 1820, Williams, who had made the rare effort to insure the structure, led the effort to replace it with a brick building worth $10,000. The congregation of St. Philips eventually included a number of prominent black New Yorkers including James McCune Smith, the first black physician, Alexander Crummell, a leading educator and supporter of Liberia, Charles L. Reason, the first black college professor, and George Thomas Downing, a prominent black businessman.

Many of the congregants were attracted by Williams’ well-known vocal opposition to slavery and his leadership in New York City’s African American community. On January 1, 1808, he was chosen to give the oration in New York City on the first anniversary of the abolition of the slave trade. In 1827, Williams was a co-founder of the first black newspaper, Freedom’s Journal. In 1833, he was also a founder of the Phoenix Society, which provided assistance for impoverished black New Yorkers. Williams focused on the importance of education and personally financed and encouraged black girls and boys to continue their schooling.

After white mobs expelled most of the African American population from Cincinnati, Ohio during the 1829 race riot, Williams began to publicly support emigration to Canada and helped raise money for the resettlement of African Americans in Wilberforce, Ontario. One year later, he and other black leaders organized the first national convention of African American leaders. In 1831, the convention met in Philadelphia, where Williams, a member of the executive committee, led the unsuccessful effort to establish a manual training college in New Haven, Connecticut.

In December 1833, when the American Anti-Slavery Society was organized, Williams was named as one of six African American managers of the interracial organization. On July 7, 1834, a three-day race riot began in New York. Whites who were enraged about job competition from free blacks, calls for civil rights, and abolitionist activity, attacked the city’s small African American population. Williams and St. Philip’s were targeted because a false rumor claimed that he had performed an interracial marriage in the church. An angry mob destroyed the St. Philip’s Church. Williams fled to the home of Episcopal Bishop Benjamin T. Onderdonk, who asked him to resign from the American Anti-Slavery Society. After his resignation, Williams lost some support among black New Yorkers but still remained an influential figure.

Rev. Peter William Jr. died in October, 1840 in New York City, and was survived by his wife and daughter.