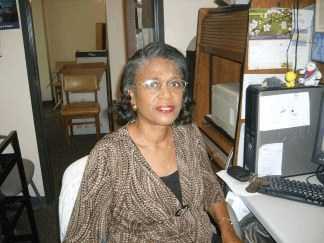 In 1982, Dr. Marsha Rhea Williams became the first African American woman to earn a Ph.D. in Computer Science. A successful educator and researcher in academia, Williams has also held positions in private industry and the public sector. Her scholarship examines a variety of topics, ranging from the improvement of search functions in computer databases to the existence of information technology resources in developing countries. She has devoted significant energy and expertise to the issue of expanding access to the fields of science, engineering, and technology for underrepresented communities.

Born on August 4, 1948, in Memphis, Tennessee, Williams is the daughter of James Edward and Velma Lee (Jenkins) Williams. In 1969, she earned a B.S. in Physics from Beloit College in Wisconsin, followed by an M.S. in Physics from the University of Michigan in 1971. She held instructional positions at Memphis State College and Fisk University before beginning her doctoral studies at Vanderbilt University in Nashville. In 1976, Williams earned an M.S. in Systems and Information Science, followed, in 1982, by a Ph.D. in Computer Science. Her dissertation, “The Design of the Computer Assisted Query Language (CAQL) System,” examined the emerging field of user experience in querying large databases.

After receiving her doctorate, Williams taught at both Tennessee State University and the University of Mississippi in Oxford. At the latter, she was among the first African Americans to hold a position in Engineering or Computer Science. In 1990, she became a full tenured professor at Tennessee State in the Computer Science Department, directing Project MISET (Minorities in Science, Engineering, and Technology). She has published articles and given talks on database function as well as network and human-computer interfacing for increasing the participation of communities of color in science, engineering, and technology, among other subjects.

In addition to her career in higher education, Williams has also worked at IBM and been a fellow at National Science Foundation. She is a certified data processor and a member of the Association for Computing Machinery, the Association for Information Technology Professionals, Data Processing Management Association (board member), and the Tennessee Academy of Science. She advised the National Society of of Black Engineering Students and founded the Association for Excellence in Computer Science, Math, and Physics.