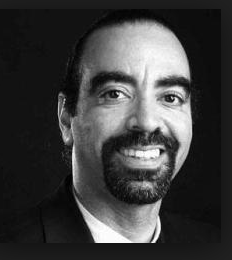 Even if you have never heard his name, it is likely you have enjoyed the work of Dr. Marc Regis Hannah. An electrical engineer with expertise in computer graphics, Hannah developed the 3-D special effects systems used widely in movies, such as Terminator 2 (1991) and Beauty and the Beast (1991), as well as in scientific research settings, like aerospace and biotech engineering labs. Later in his career, Regis co-founded Rondeau Bay, a construction company, based in Oakland, California, and served as a technical adviser and board member to many start-up companies.

Born in Chicago, Illinois on October 13, 1956, Hannah lived in the city through his college years. Hannah’s parents, Hubert, an accountant, and Edith, a teacher, emphasized education with their five children. Hannah did well in school, especially in math and science. He earned a scholarship from Bell Laboratories to attend the Illinois Institute of Technology, graduating with a B.S. in Electrical Engineering in 1977. He then attended Stanford University earning an M.S. in 1978 and a Ph.D. in electrical engineering in 1985.

While at Stanford, Hannah worked with Jim Clark, a professor of engineering who shared a mutual interest in 3-D graphics. In 1982, the pair, along with five other partners, founded Silicon Graphics, Inc. in Mountain View, California. The company attracted over $30 million in venture capital support, largely stemming from Clark’s invention of the “Geometry Engine,” a computer chip/ processor that improved 3-D image manipulation, allowing a computer user to easily see an image from multiple angles.

As the company’s vice president and principal scientist for the creation of computer programs, Hannah enhanced the chip’s function, making it faster. Soon, Silicon Graphics, Inc. grew into an entertainment industry powerhouse, with its technology used in blockbuster films produced by George Lucas and Steven Spielberg. Hannah played a key role in lowering the price of many Silicon Graphics, Inc. products, extending the company’s reach into new markets, and planning for its future expansion. In 1993, Silicon Graphics, Inc. reached a milestone, revenues over $1 billion, with thousands of employees around the world.

After sixteen years with Silicon Graphics, Inc., Hannah in the 1990s became co-owner of Rondeau Bay, a construction firm in Oakland, California with a specialty in replacing sewer systems in an eco-conscious manner. Other new companies also attracted Hannah’s attention. He joined the Board of Directors for Warp Speed Communications and Magic Edge. The latter specializing in providing visual stimulation (hardware) for amusement park rides. Other entities he contributed to included: the African American-owned Omniverse Digital Solutions, as Vice President of Technology, and SongPro, a company specializing in digital music players and delivery systems, as Chief Technology Officer. Hannah also played a role in the development of “Black Achievers in Science,” a traveling exhibit created by the Museum of Science and Industry in Chicago.

Over the course of his career, Hannah earned many awards and accolades. He holds over a dozen patents and has received the Professional Achievement Award from the Illinois Institute of Technology. He was recognized with a Kilby International Young Innovator Award in 1995 and a Black Engineer of the Year Technical Contribution Award.