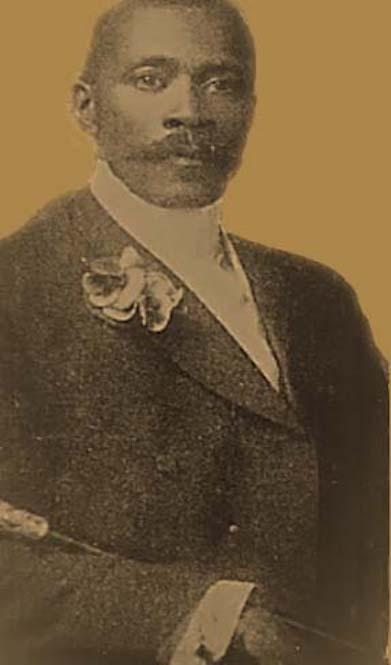 Reverend Mahlon Van Horne was a community leader in Newport, Rhode Island and a pioneer in African American politics. As U.S. consul to St. Thomas, Danish West Indies, he advocated for the U.S. to purchase the territory in the early 1900s.

In 1869 Van Horne moved to Rhode Island where he assumed the pastorate of Union Congregational Church, one of the few racially integrated churches in the U.S. at that time. He arrived after a period of instability in the church but became a consistent presence, serving there for 28 years. He also is credited with rebuilding the church edifice in 1871.

In 1871 prominent Rhode Island civil rights activist George T. Downing persuaded Van Horne to enter politics. Van Horne had been visible in the small Rhode Island black community where he had been active as a member of the Price Hall Masons, African American mutual aid societies and the Republican Party. Downing was convinced that Van Horne could win the support of local blacks as well as many white Republicans. Downing pledged crucial financial support in Van Horne’s first campaign for the Newport School Committee. Van Horne won the race and began serving on the committee in 1872.

In 1885 Van Horne was elected to the Rhode Island General Assembly, becoming the first African American to sit in that body. He won re-election in 1887 and 1889.

In December 1896 President William McKinley appointed Van Horne to be U.S. consul to St. Thomas in the Danish West Indies. Van Horne held the position until July 1903. While there he tried unsuccessfully to secure the U.S. purchase of St. Thomas from Denmark. Because of his apparent interference in local politics as well as financial irregularities in his consular office, Van Horne was charged with incompetence, impeached and removed from his post in July 1903. Seventy prominent Virgin Island merchants, local officials and other inhabitants petitioned for his reappointment, but President Theodore Roosevelt upheld the impeachment. Although Van Horne was unsuccessful in his efforts to gain U.S. control over the Virgin Islands, on January 17, 1917 the U.S. government through a treaty with Denmark acquired jurisdiction over the islands of St. Thomas, St. Croix and St. John.

On May 25th, 1910, heart trouble ended Mahlon Van Horne’s life while on a mission in Antigua, West Indies. He was posthumously inducted into the Rhode Island Heritage Hall of Fame in 2005.