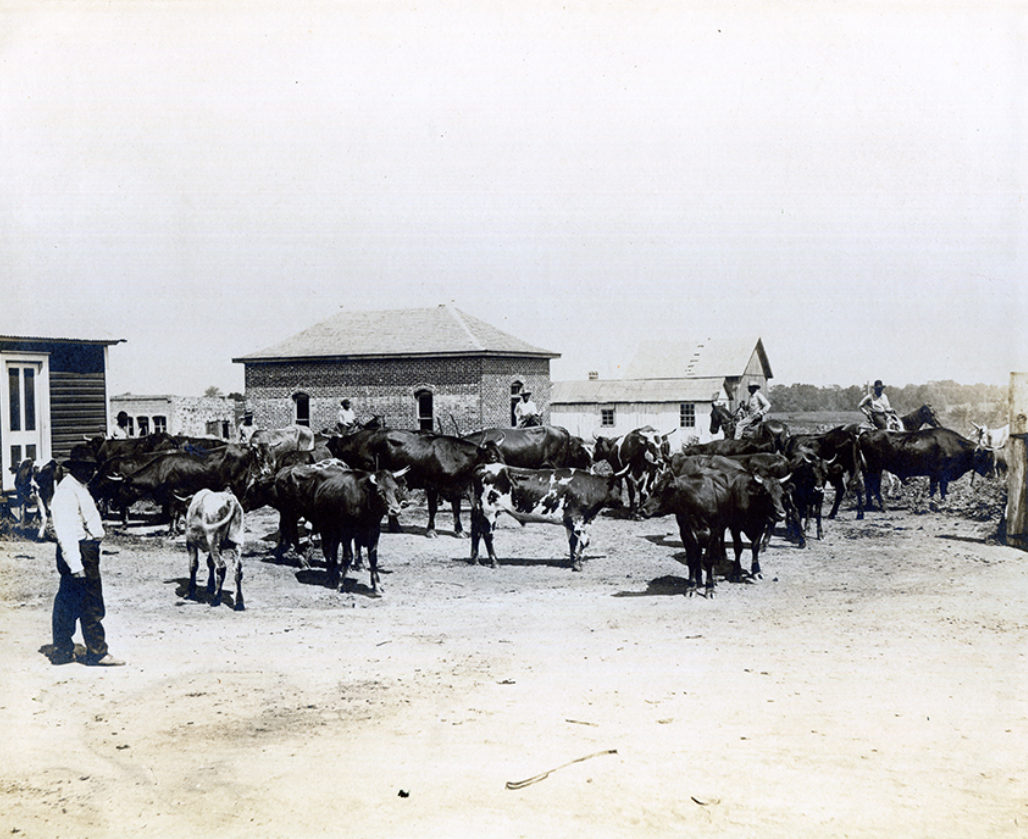 William Henry Twine is best known as the crusading civil rights attorney and editor of two black newspapers in Indian Territory. Twine was born in Richmond, Kentucky, on December 10, 1862 to William H. and Amanda Twine.  Soon after 1865 the Twine family moved from Kentucky to Xenia, Ohio.  Twine graduated from Blackburn’s High School in Xenia, Ohio in 1881, and soon began teaching in Richmond, Indiana.

Twine later moved to Mexia, Texas where in 1888 he passed the Texas bar exam and soon afterwards began practicing law in Groesbeck, Texas.  On March 12, 1888 Twine married Mittie Almira Richardson with whom he would have six sons.

On September 22, 1891 Twine and his family were part of a land rush that opened the Sac and Fox Indian Reservation to non-Indian settlement.  Eventually they relocated to Guthrie in the Oklahoma Territory and within the next month he, along with G.W.F Sawner and E.I. Saddler, established the first black law firm in Oklahoma Territory. In 1894 Twine moved his family to Muskogee in the Indian Territory.

Between the years 1898 and 1904, Twine worked as the editor of the African American newspaper, The Muskogee Pioneer, while practicing law. From the years 1904 to 1921 he ran a much more successful newspaper, The Muskogee Cimeter. Twine started this newspaper to promote amicable race relations between blacks, whites, and Indians in the Indian Territory and later the state of Oklahoma.

Twine also used his newspaper to defend black rights.  In 1905 as Oklahoma and Indian Territory were on the verge of statehood, Twine challenged the white Republicans and Democrats who had refused to allow any blacks to participate in the statehood convention. He and other black leaders organized their own convention attended by 300 delegates.  There they demanded that the new state government make no laws restricting black rights.  He and other prominent local leaders traveled to Washington, D.C. to meet with President Theodore Roosevelt hoping to convince him to block Oklahoma Statehood if black rights were not guaranteed.  Roosevelt remained silent on the issue and Oklahoma entered the Union in 1907 as the forty-sixth state and immediately afterwards the new Democratic-controlled state legislature added an array of segregationist measures including a grandfather clause which severely restricted black voting.

Twine continued to fight for civil rights in a much more conservative climate.  He filed lawsuits and helped form the Anti-Jim Crow League.  His actions drew the attention of the Ku Klux Klan which at one point published a front-page letter in a white newspaper describing the violence they planned for him. Twine remained defiant and walked daily to his Muskogee office with his six sons protecting him. Nonetheless Twine and other black activists could not reverse the Jim Crow conditions imposed on African Americans throughout the state.  In 1915, however they received some comfort when the U.S. Supreme Court declared Oklahoma’s grandfather clause unconstitutional.

In 1921 William Henry Twine retired from his newspaper but continued to practice law. On October 8, 1933 Twine died in Muskogee, Oklahoma, at the age of 70.