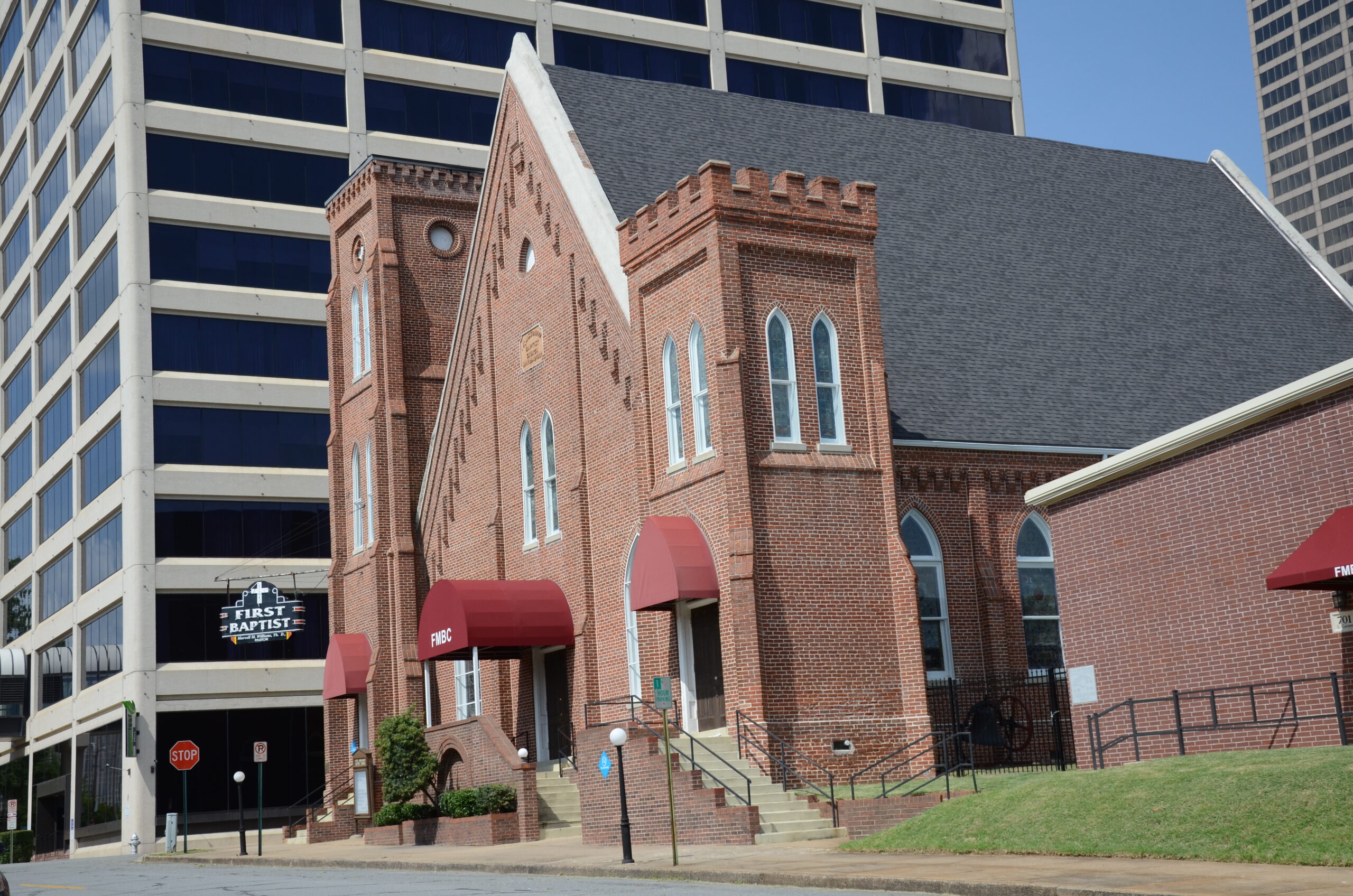 First Missionary Baptist Church in Little Rock, Arkansas is the oldest black church in the state.  It was founded by Reverend Wilson Brown, a self-taught slave minister, in 1845. Brown had attended the predominantly white church Missionary Baptist in Little Rock but felt led by God to build a house of worship for slave and free blacks in the area.

In April 1845, Brown, his owner, Major Fields, and an unidentified Baptist minister established what they called the First Negro Baptist Church.  There was no building for a number of years so the congregants, after gathering in various locations, began to meet on May 2, 1847 at a regular basis at a brush arbor at the corner of what is now Tenth and Spring Streets in Little Rock.  The brush arbor remained the meeting site until the church’s first permanent building was constructed at that site in 1882.  As the church congregation grew, a new building was constructed on the corner of Seventh and Gaines, the church’s current location.  In 1983 First Missionary Baptist Church was added to the National Register of Historic Places.

First Missionary Baptist Church served as a social and political center as well as a site of worship.  The church’s fifth pastor, Reverend Ronald S. Smith, became very active in the civil rights movement.  In the wake of the 1954 U.S. Supreme Court decision in Brown v. Board of Education, Smith led a group of local ministers in calling for an end to segregation in the public schools and public accommodations.  Those ministers met with Arkansas Governor Orval Faubus on February 23, 1956 a little over a year before he became internationally famous for his efforts to prevent the desegregation of Little Rock’s Central High School. Faubus did not change his position on racial segregation after meeting with the ministers but on February 18, 1957 in the midst of the Little Rock desegregation crisis, he arranged for Reverend Smith to become the first African American to speak before the Arkansas State Senate’s Constitutional Amendment Committee.  There Smith called on the state government to end segregation.

In April of 1963 the church congregation invited civil rights leader Dr. Martin Luther King, Jr. to speak from its pulpit just four months before the March on Washington and his famous “I Have a Dream” speech. King gave the church’s 118th anniversary sermon.  The podium and bible that Dr. King used that day are still on display in the church’s sanctuary.

In 1990 then Governor Bill Clinton spoke at the church for its 145th anniversary address just months before he announced his candidacy for the Presidency.  Some political observers believe that talk was his first major effort to enlist a black church congregation in his eventually successful campaign for the Presidency.