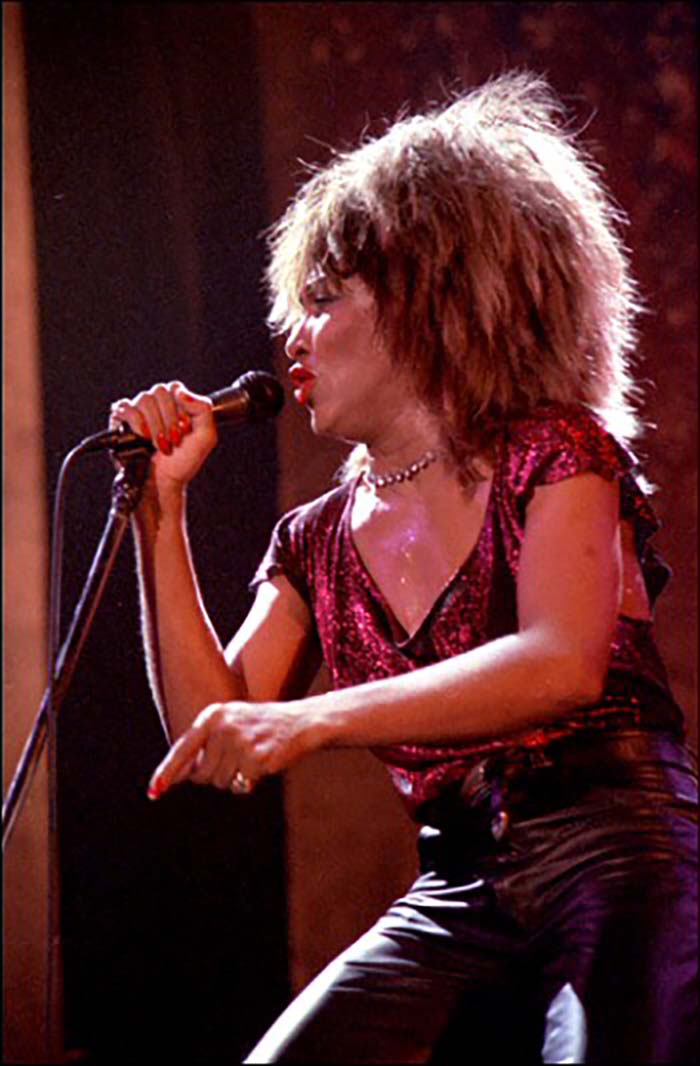 Rock and Roll Hall of Fame inductee and eight-time Grammy Award-winning singer Tina Turner was born Anna Mae Bullock on November 26, 1939, in Nutbush, Tennessee. The youngest daughter of a family of sharecroppers, Turner’s father, Floyd Richard Bullock, was an African American Baptist deacon and her mother, Zelma Currie, was a farmer of part-Cherokee and Navajo descent.

At the age of 10, Turner and her older sister were sent to live with their grandparents who also lived in Nutbush. In 1956, they moved to St. Louis, Missouri to live with their estranged mother. During the same year, Turner was introduced to guitarist Ike Turner and his band Kings of Rhythm in an East St. Louis nightclub after spontaneously performing a song with them. She joined the group the next year, and adopted the stage name “Tina” in 1960. The band became The Ike and Tina Turner Revue.

After a short ceremony in Mexico in 1962, Ike and Tina Turner were married and proceeded to tour the United States and Europe. They toured successfully for over a decade, recording a number of hits such as “River Deep, Mountain High,” and “Proud Mary.” Turner also acted, playing the lead role in Ken Russell’s memorable movie Tommy in 1975. Despite the group’s resounding success, Turner left the Revue in 1976, driven away by Ike Turner’s emotional and physical abuse, as well as his drug and alcohol addiction. After she finalized her divorce from Ike in 1978, Turner, fighting through debt and disinterest, embarked on a solo career in Europe with the help of artists such as David Bowie, Mick Jagger, and Rod Stewart.

Turner secured a recording contract with Capitol Records in 1983, and released her first successful single “Let’s Stay Together,” a cover of Al Green’s 1971 recording. Her 1984 album Private Dancer, featuring the hit single “What’s Love Got to Do With It,” won three Grammy Awards, and sold over 25 million copies worldwide. Since then, Turner has continued to produce albums and record-breaking concerts around the world.

Turner made one of the biggest comebacks in recording history. Rolling Stone magazine voted her 61st Greatest Rock ‘n’ Roll Artist of All Time, and in 1991, she was inducted into the St. Louis Walk of Fame, as well as the Rock and Roll Hall of Fame. Turner also received the Lifetime Achievement Prize at the Music of Black Origin (MOBO) Awards in 1999. In 2008, Turner launched yet another worldwide tour, Tina!: 50th Anniversary Tour at the age of 69.

Living together since 1986, Turner married her partner, German record executive Erwin Bach, in July 2013. The couple  resides in Zurich, Switzerland.