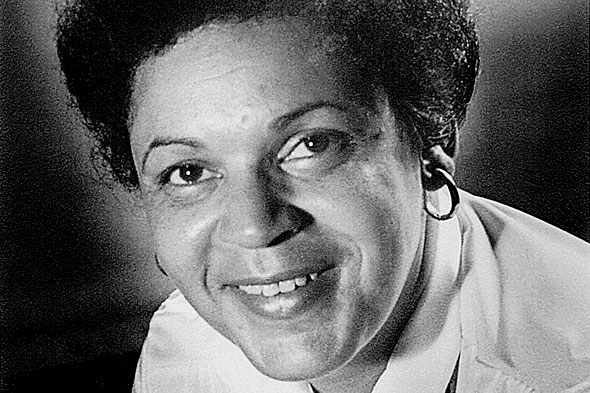 Thompson was born in Chicago, Illinois, on April 1, 1933. She attended public schools in Chicago where she excelled in track and field. In 1953, she became the national shotput champion in a competition at San Antonio, Texas. Thompson obtained her bachelor’s degree from George Williams College in Williams Bay, Wisconsin in 1955. She was later a track and field athlete for the Chicago Comets.

In 1961, Thompson moved to Hawaii and served as the first coach of the women’s track and field program at the University of Hawaii. When she accepted the job, she became one of the first African Americans to serve as a coach for women in a National Collegiate Athletic Association (NCAA) Division I institution. In 1967, she obtained her Ph.D. in physical education at Northern Colorado University and returned to Hawaii.

In 1973, Thompson became interim Women’s Athletic Director at the University of Hawaii and assumed the permanent post in 1976, becoming the first full-time Women’s Athletic Director at that institution. Through her efforts, the University of Hawaii expanded its athletic programs for women to include women’s volleyball, basketball, softball, soccer, and swimming. She was instrumental in getting women athletic scholarships and ensuring that Title IX of the 1964 Civil Rights Act, which mandated equal financing of women’s and men’s sports in higher education, was implemented.

Thompson increased the visibility of women in sports at the University of Hawaii, bringing the school a national reputation for the first time. She hired volleyball coach Dave Shoji who led the University of Hawaii women’s volleyball team to its highest national honors. She authored several books on track and field including Modern Track & Field for Women (1973) and Physical Activities Handbook for Women (1974).

In 1981, Thompson was named administrator of the World Games in Mexico City, Mexico. That same year, she became the state superintendent of the Hawaii Department of Education, serving as the first African American woman in that post. While superintendent, she implemented an after-care program for children. She left her position in 1984.

In 1989, Thompson became the chairperson for the Martin Luther King, Jr. Commission when the birthday of the slain civil rights leader became a state holiday that same year. Thompson led the commission, which organized the subsequent annual holiday festivities with parades, rallies, and educational events. For her accomplishments, she received the Dr. Martin Luther King, Jr. Outstanding Service Award in 1991.

On April 5, 1981, the State of Hawaii celebrated Dr. Donnis Thompson day in recognition of her contributions to women’s athletics and Hawaii. Thompson was inducted into the Sports Circle of Honor in 1988, University of Hawaii Circle of Honor in 2000, and Hawaii Sports Hall of Honor in 2007. The following year, she received a Lifetime Achievement Award from the National Association of Collegiate Women Athletics Administrators. In 2007, Dr. Donnis Thompson was recognized for her work in promoting Women’s History Month by the Hawaii State Commission on the Status of Women. A statue of Thompson was erected on October 28, 2007, in the University of Hawaii’s Stan Sheriff Sports Auditorium.