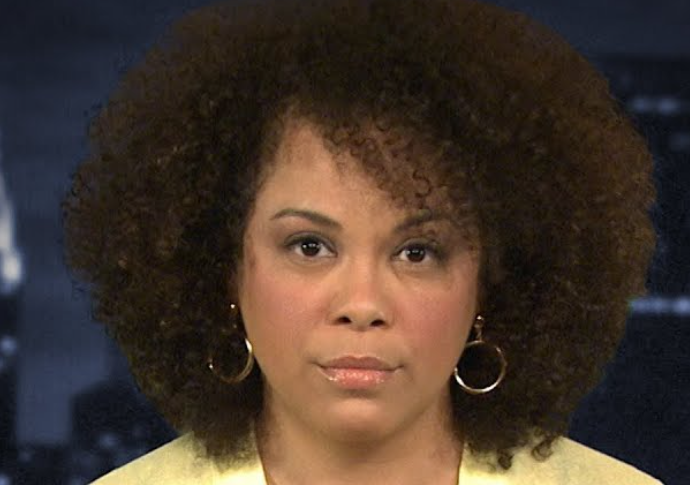 Amy Holmes is a news anchor and political commentator who appeared on Glenn Beck’s The Blaze TV, CNN, MSNBC, and Fox News. Holmes was born on July 25, 1973 in Lusaka, Zambia to an African father and white mother from Seattle, Washington. Her parents divorced when she was three years old, and she and her mother left Zambia and relocated to Seattle.

After graduating from Shorewood High School in Shoreline, Washington in 1990, Holmes attended Princeton University.  In 1994, she received a bachelor’s degree in economics from Princeton and returned to Seattle to work as an assistant for music video shoots. In 1995, she moved to Washington, D.C. to work for the Independent Women’s Forum (IWF), a politically conservative non-profit organization where she would later become economic project director.

In 2000, Holmes left IWF to become a freelance political commentator for Fox News, MSNBC, and CNN. During George W. Bush’s first term, Holmes was hired as a senior staff member for the CEO of the Corporation for the National and Community Service, a quasi-independent federal agency. In 2003, Holmes became a senior speechwriter for Tennessee senator Bill Frist, serving in that capacity until 2006.

Holmes returned to CNN as a political commentator where she appeared on shows like Anderson Cooper 360, Larry King Live, and The Situation Room. In 2008, Holmes received the Thurgood Marshall Community Leader Award from the District of Columbia Bar Association for her public service. In 2015, she hosted MSNBC Way Too Early which was a morning news show which aired on MSNBC on weekday mornings.  A year later, Holmes joined Rasmussen Reports as a broadcast political analyst.

Holmes who once identified as a Republican now considers herself an Independent Conservative.  She is a member of Alpha Kappa Alpha Sorority. In 2000, Holmes was named to People magazine’s “50 most beautiful people.”