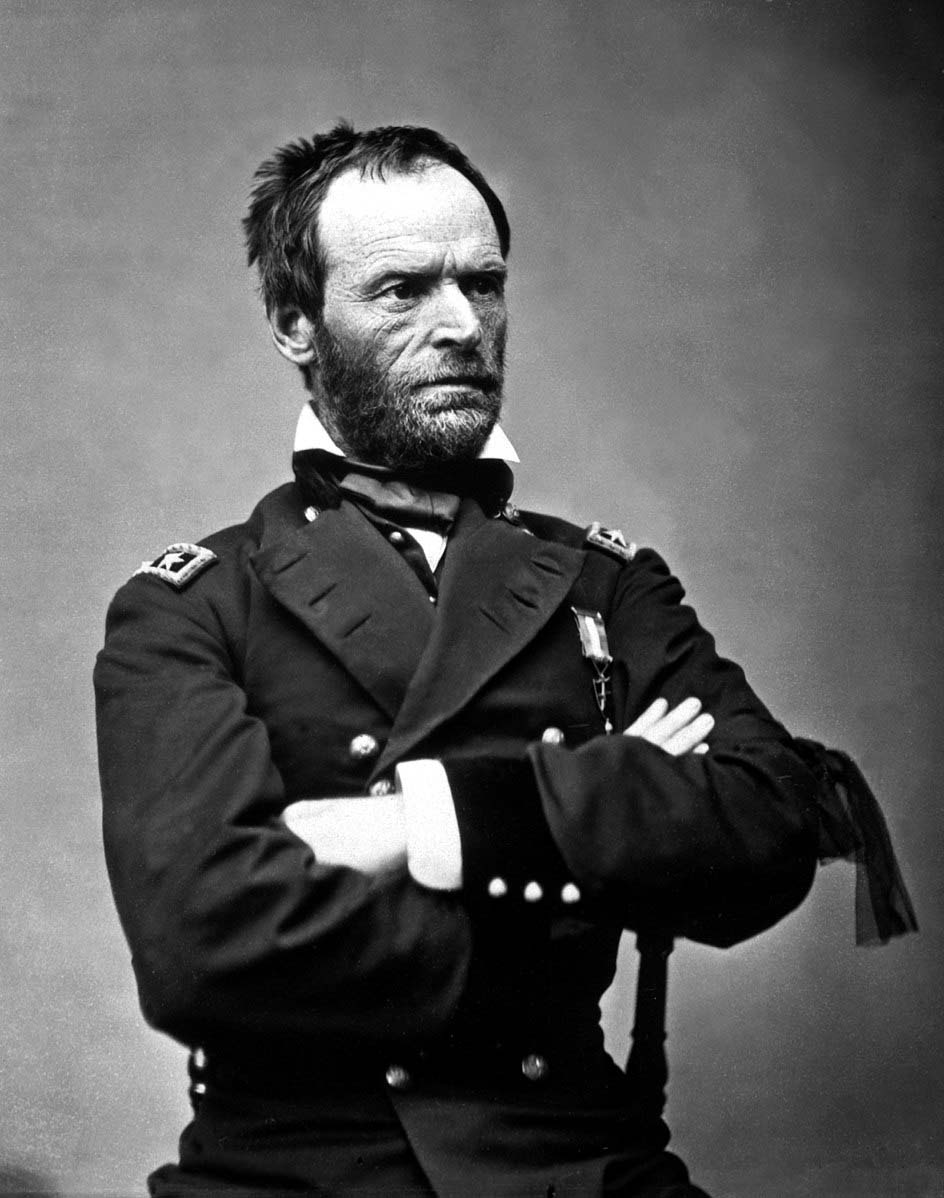 On January 16, 1865, Union General William T. Sherman issued Special Field Order No. 15 which confiscated as Federal property a strip of coastal land extending about 30 miles inland from the Atlantic and stretching from Charleston, South Carolina 245 miles south to Jacksonville, Florida. The order gave most of the roughly 400,000 acres to newly emancipated slaves in forty-acre sections. Those lands became the basis for the slogan “forty acres and a mule” based on the belief that ex-slaves throughout the old Confederacy would be given the confiscated lands of former plantation owners.  It is the origin of the contemporary debate over reparations. The order appears below.

I. The islands from Charleston, south, the abandoned rice fields along the rivers for thirty miles back from the sea, and the country bordering the St. Johns River, Florida, are reserved and set apart for the settlement of the negroes now made free by the acts of war and the proclamation of the President of the United States.

II. At Beaufort, Hilton Head, Savannah, Fernandina, St. Augustine and Jacksonville, the blacks may remain in their chosen or accustomed vocations—but on the islands, and in the settlements hereafter to be established, no white person whatever, unless military officers and soldiers detailed for duty, will be permitted to reside; and the sole and exclusive management of affairs will be left to the freed people themselves, subject only to the United States military authority and the acts of Congress. By the laws of war, and orders of the President of the United States, the negro is free and must be dealt with as such. He cannot be subjected to conscription or forced military service, save by the written orders of the highest military authority of the Department, under such regulations as the President or Congress may prescribe. Domestic servants, blacksmiths, carpenters and other mechanics, will be free to select their own work and residence, but the young and able-bodied negroes must be encouraged to enlist as soldiers in the service of the United States, to contribute their share towards maintaining their own freedom, and securing their rights as citizens of the United States.

Negroes so enlisted will be organized into companies, battalions and regiments, under the orders of the United States military authorities, and will be paid, fed and clothed according to law. The bounties paid on enlistment may, with the consent of the recruit, go to assist his family and settlement in procuring agricultural implements, seed, tools, boots, clothing, and other articles necessary for their livelihood.

III. Whenever three respectable negroes, heads of families, shall desire to settle on land, and shall have selected for that purpose an island or a locality clearly defined, within the limits above designated, the Inspector of Settlements and Plantations will himself, or by such subordinate officer as he may appoint, give them a license to settle such island or district, and afford them such assistance as he can to enable them to establish a peaceable agricultural settlement. The three parties named will subdivide the land, under the supervision of the Inspector, among themselves and such others as may choose to settle near them, so that each family shall have a plot of not more than (40) forty acres of tillable ground, and when it borders on some water channel, with not more than 800 feet water front, in the possession of which land the military authorities will afford them protection, until such time as they can protect themselves, or until Congress shall regulate their title. The Quartermaster may, on the requisition of the Inspector of Settlements and Plantations, place at the disposal of the Inspector, one or more of the captured steamers, to ply between the settlements and one or more of the commercial points heretofore named in orders, to afford the settlers the opportunity to supply their necessary wants, and to sell the products of their land and labor.

IV. Whenever a negro has enlisted in the military service of the United States, he may locate his family in any one of the settlements at pleasure, and acquire a homestead, and all other rights and privileges of a settler, as though present in person. In like manner, negroes may settle their families and engage on board the gunboats, or in fishing, or in the navigation of the inland waters, without losing any claim to land or other advantages derived from this system. But no one, unless an actual settler as above defined, or unless absent on Government service, will be entitled to claim any right to land or property in any settlement by virtue of these orders.

V. In order to carry out this system of settlement, a general officer will be detailed as Inspector of Settlements and Plantations, whose duty it shall be to visit the settlements, to regulate their police and general management, and who will furnish personally to each head of a family, subject to the approval of the President of the United States, a possessory title in writing, giving as near as possible the description of boundaries; and who shall adjust all claims or conflicts that may arise under the same, subject to the like approval, treating such titles altogether as possessory. The same general officer will also be charged with the enlistment and organization of the negro recruits, and protecting their interests while absent from their settlements; and will be governed by the rules and regulations prescribed by the War Department for such purposes.

VI. Brigadier General R. SAXTON is hereby appointed Inspector of Settlements and Plantations, and will at once enter on the performance of his duties. No change is intended or desired in the settlement now on Beaufort [Port Royal] Island, nor will any rights to property heretofore acquired be affected thereby.