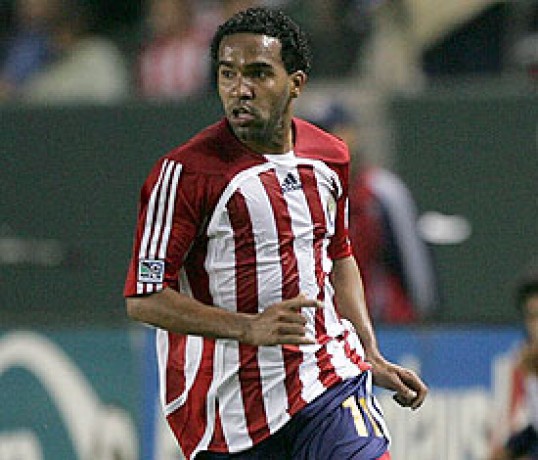 Born on January 28, 1981 in Villa Clara, Cuba, the Cuban born player Maykel Galindo has made a name for himself among the American soccer ranks over the last several years.  Galindo started playing soccer when he was eight years old.  He soon became an exceptional youth player and was selected to play on the Cuban national soccer team.

Galindo made his youth national team debut in January of 2002 in a match against Guatemala.  Three years later he was on the senior squad which competed in the 2005 Confederation of North, Central American and Caribbean Association Football (CONCACAF) Gold Cup which was to be played in the United States.  On July 9, 2005 when Cuba played Costa Rica at Quest Field in Seattle, Washington, Galindo scored Cuba’s only goal in a losing contest.  Later that evening in his hotel, Galindo contacted American officials and defected to the United States.

Although propelled by dreams of a better life in the United States, Galindo initially did not know if he would ever play professional soccer again.  Alex Zahajko, a high school Spanish teacher and soccer coach who was acting as the liaison for the Cuban team on the night Galindo defected, contacted Adrian Hanauer, the owner of the Seattle Sounders soccer team on behalf of the young Cuban.  Hanauer and the Sounders gave Galindo a tryout and upon seeing his play, convinced him to stay in Seattle and sign a professional contract with the team.

Maykel Galindo helped lead the Seattle Sounders to the 2005 United Soccer Leagues 1st division championship that year.  The next season Galindo was injured in a preseason exhibition match with the Chivas USA in Los Angeles, California.  Galindo subsequently sat out much of the rest of the season but on February 7, 2007, the Chivas USA would sign Galindo upon the approval of his green card.  During the next year he scored 12 goals and added five assists en route to becoming the team’s Golden Boot recipient and leading them to their first playoff appearance in club history.

Galindo’s success is tempered, however, by his separation from his family in Cuba.  Despite his desire to reunite with them in the United States, they remain in Cuba.