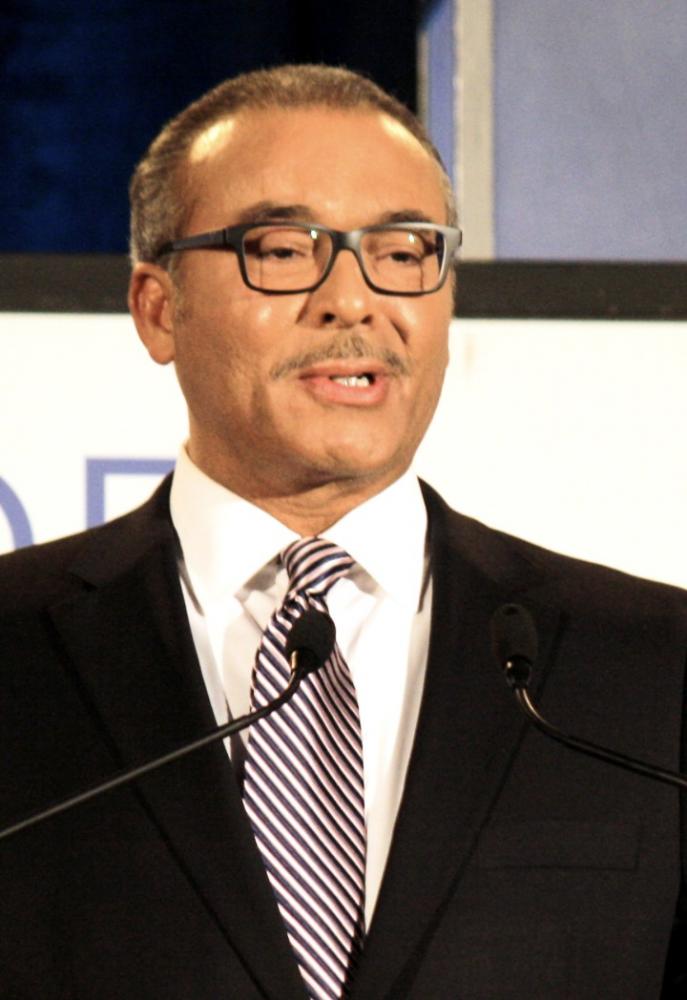 Michael B. Coleman was the first African American Mayor of Columbus, Ohio, holding the post from January 1, 2000 to January 1, 2016.  Coleman was born on November 18, 1954 in Indianapolis, Indiana to John Coleman, a medical doctor, and Joan Coleman, a local civil rights activist.  His family relocated to Toledo when Michael turned three.

Growing up in Toledo’s middle-class black community helped to foster the importance of a strong community to ensure socially, culturally, and economically healthy cities.   Coleman attended St. John’s Jesuit High School, graduating in 1973.  He then studied political science at the University of Cincinnati, graduating with a B.S. degree in 1977.  Coleman received a law degree from the University of Dayton in 1980.  He married his wife Frankie in 1985.  The couple has three children.

Coleman moved to Columbus in 1980 to work as an attorney in the Attorney General’s office and in 1982 was hired as a legislative aide for Columbus City Council member Ben Espy.  Later he joined the law firm of Schottenstein, Zox, and Dunn before beginning his career in politics.

In 1992 Coleman was appointed to the Columbus City Council.  During his term in office he encouraged organizations like the Community Housing Network which built and improved housing in the African American community.  He also created mentor programs to help youth development in the city.  In 1997, Coleman was voted president of the City Council.  In 1998 he was the unsuccessful Democratic candidate for Lieutenant Governor of Ohio on the ticket headed by gubernatorial candidate Lee Fisher.

Despite his defeat, Michal Coleman ran for mayor of Columbus in 1999.  Beating his former boss, Ben Espy, in the Democratic Primary, he then out polled Republican opponent Dorothy Teater, a Franklin County commissioner, winning over 60% of the 82,000 votes cast.  Coleman became the first black mayor of Columbus and the first Democrat to hold the office since 1971.

As mayor, Coleman strengthened the economy of Columbus by attracting new jobs, bringing in private investment, and balancing the budget.  Since taking office in 2000 he spent $54 million less than budgeted while increasing the city’s spending on police and fire services.  He has also publicly worked with foundations like Columbus Franklin County Affordable Housing Trust Corporation in restoring neglected districts and to provide affordable, livable housing.  In 2003, Coleman ran unopposed for mayor.  Two years later he challenged incumbent GOP governor Robert Taft before withdrawing from the race.  In 2007 Coleman won a third term as mayor of Columbus with over 71 percent of the vote and in 2011 he was reelected to a fourth term, making him the city’s longest serving mayor.  He also held the post of mayor of a major city longer than any other African American in the nation. Mayor Coleman is a member of Kappa Alpha Psi Fraternity and a Prince Hall Mason.