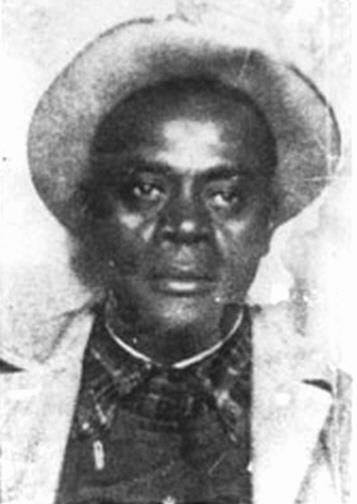 Lamar Smith, a voting rights activist and veteran, was a martyr in the fight for civil rights. Smith was born in March 1892 to Levi Smith and Harriet Humphrey in Lincoln County, Mississippi; however, there is little information concerning his early life.

Smith served in World War I, entering in 1917. After returning to Mississippi from the war, Smith became politically active in his community. He was one of the few registered African American voters in Lincoln County and became passionate about African American participation in politics. He worked to educate his community on the political process, register voters, and ensure they were able to cast a ballot. In 1951, Smith, then fifty-nine, associated himself with the newly-formed Regional Council of Negro Leadership (RCNL). The RCNL was devoted to causes similar to Smith’s interests as it focused on the civic duty of African American citizens to participate in the political process and the process of empowering people to do so.

On August 2, 1955, Smith voted against the incumbent in the race for a position on the Lincoln County Board of Supervisors. The result was that a runoff election was needed for the top two candidates, the incumbent and the candidate that Smith supported. The runoff election was to take place on August 23, allowing Smith to register new voters in an attempt to secure the election.

On August 13, Smith was on the steps of the Lincoln County Courthouse, in Brookhaven. He was helping African American voters fill out absentee ballots for the runoff election to avoid the harassment and possible violence that would be a result of voting in person. At approximately 10:00 a.m., three supporters of the incumbent—Noah Smith, Charles Falvey, and Mack Smith—loudly objected to Smith’s actions against their candidate. Tensions quickly rose and an altercation broke out, ultimately leading to Noah Smith drawing a pistol and shooting Lamar Smith on the steps of the courthouse in front of a crowd of around thirty to forty people.

All three suspects fled the scene; however, Noah Smith, covered in blood, caught the eye of Sheriff Robert E. Case. He detained the suspects and questioned them, but he quickly released them and decided not to press any charges. A state grand jury composed of twenty white men heard the testimonies of fifty to seventy-five witnesses one month later. All witnesses claimed that they did not see any crime take place, meaning that the grand jury could make no indictment.

When Lincoln County District Attorney, E. C. Barlow criticized the lack of witness cooperation, as well as the sheriff’s actions in handling the situation, a second grand jury was held in January 1956. However, the second jury obtained no new information. Ultimately, none of the three suspects ever faced charges.