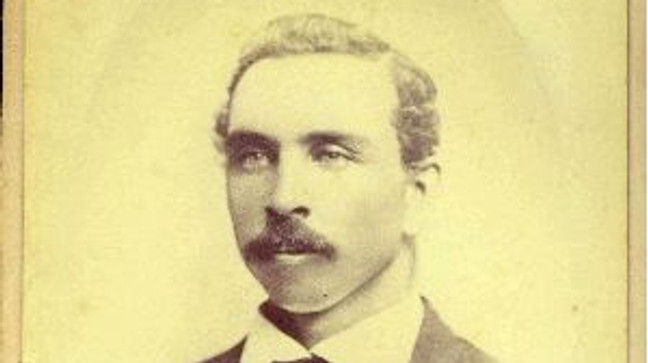 The Boston Saloon, which operated in Virginia City, Nevada, is the only black-owned Western saloon to be the subject of an archaeological excavation. During Virginia City’s heyday in the early 1870s, the town supported over one hundred saloons; however, the Boston Saloon is one of only four that have been excavated. Of these four, only the Boston had black ownership.

In 1863 William Brown, a free black man from Massachusetts, moved to the mining boom town of Virginia City, Nevada. The next year, he founded the Boston Saloon, a drinking house that catered primarily to fellow African Americans. Initially, the saloon lay outside of the city center, but in 1866, Brown moved his establishment to the town’s bustling business district. Located at the intersection of D and Union Streets, the saloon was called a “popular resort for many of the colored population” by the town’s newspaper, the Territorial Enterprise. The Boston Saloon operated until 1875; upon its closing, San Francisco, California’s Pacific Appeal mourned the loss of the successful black establishment.

Today, an asphalt cap behind the Bucket of Blood Saloon occupies the space where the Boston Saloon once stood. In 1997 the remnants of the old saloon were discovered and the site subsequently excavated in 2000. Artifacts unearthed during the excavation, paired with information gleaned from similar endeavors, have provided considerable information about the establishment.

Artifacts found at the site included drink bottles, tobacco pipes, clothing buttons, dress beads, remnants of gas lights, and crystal drink ware. These items paint a picture of an upscale drinking establishment, challenging common stereotypes of African-Americans. Unusually high volumes of dress beads indicate that more women either patronized or worked at the saloon than at similar establishments. In addition, analysis of animal bones found at the site found that the Boston served higher quality meat cuts than the other excavated Virginia City saloons.

With many Virginia City establishments at the mercy of fluctuations in the mining business, the nine years that the Boston Saloon operated at one location is an impressively long time. This fact, along with conclusions drawn from the items found in the archeological dig, indicates that William Brown operated a uniquely successful business. A historical marker hangs along C Street, the main road in Virginia City, near the site.