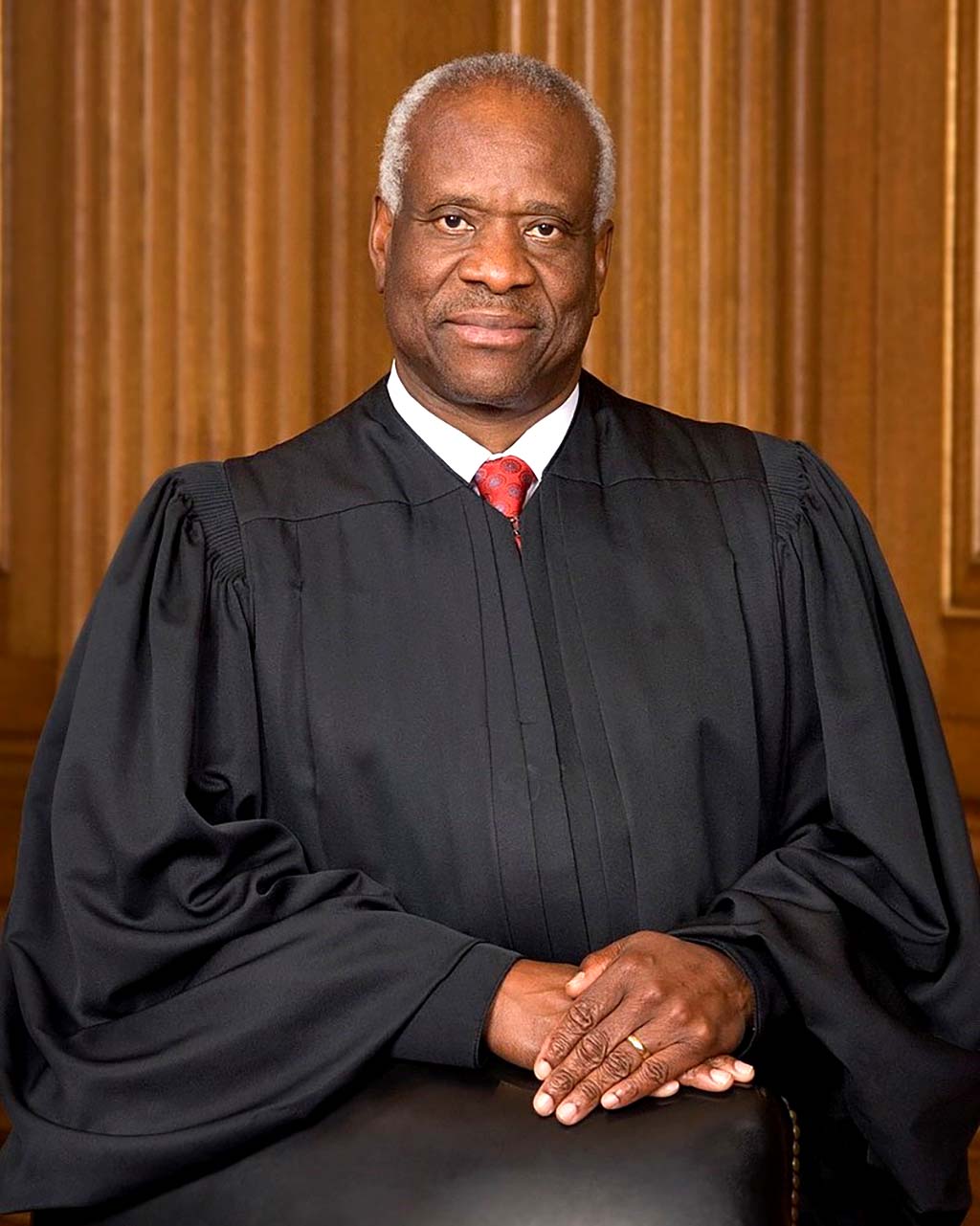 Clarence Thomas, the second African American to sit on the U.S. Supreme Court, was born in Pin Point, Georgia, a small community south of Savannah.  His mother, Leola Williams, a single parent, raised Thomas until he was seven.  He and his brother, Myers, were sent to Savannah where they were raised by their maternal grandfather, Myers Anderson. To help his grandsons to survive in the Jim Crow South, Anderson, a Democrat, local National Association for the Advancement of Colored People (NAACP) member, and recent convert to Catholicism, instilled in them a discipline and pride that would counterpoint the harshness of southern racism.  Thomas remembers that after purchasing a new truck, his grandfather removed the heater because he believed its use would make the boys lazy.

Thomas was educated in St. Benedict the Moor, an all-black Catholic school in Savannah and later became the only African American student at St. John Vianney Minor Seminary just outside Savannah.  In 1967 he entered Immaculate Conception Seminary in northwestern Missouri to prepare for the priesthood.  He withdrew after viewing one fellow student’s pleasure at the news that Dr. Martin Luther King had been assassinated.

Thomas entered the College of Holy Cross in Worcester, Massachusetts in 1968 as a result of an affirmative action program established after Dr. King’s death.  Thomas helped found the College’s Black Student Union and became a supporter of the Black Panther Party.  He also urged a student walkout to protest the college’s investments in South Africa.

After graduating 9th in his class in 1971, Thomas married Kathy Grace Ambush, a student at a nearby Catholic women’s college.  In 1973 they had a son, Jamal.  Thomas entered Connecticut‘s Yale University Law School in 1971 under an affirmative action plan but soon came to resent what he felt was the patronizing attitude of both faculty and fellow students toward him and other African American students.  Thomas increasingly began to embrace conservative values, often linking them to the self-help ideas and rigid discipline he had learned from his grandfather.  Those views were reinforced when he read Thomas Sowell’s Race and Economics in 1975

Graduating from Yale in 1974, Thomas joined the staff of Missouri Attorney General John Danforth, who became his mentor.  When Danforth was elected to the U.S. Senate in 1977, Thomas went to work for Monsanto, a St. Louis chemical corporation, but joined the Senator’s staff in 1979.

In 1981 newly elected President Ronald Reagan appointed Thomas assistant secretary for civil rights in the Department of Education.  One year later, Thomas—who shared the political philosophy of most of the Reagan Administration—became the Director of the Equal Employment Opportunity Commission (EEOC), a post he held for the next eight years.  Thomas, an opponent of affirmative action, now headed the agency responsible for its national enforcement.  Numerous cases lapsed because of inactivity and the EEOC under Thomas refused to file class action lawsuits to challenge discrimination and instead focused on individual cases.

In 1984 Thomas and his wife Kathy divorced.  Three years later he married Virginia Lamp, a spokesperson for the U.S. Chamber of Commerce.

In 1990 President George H.W. Bush appointed Thomas a judge on the U.S. Court of Appeals for the District of Columbia.  One year later President Bush selected Thomas to replace Thurgood Marshall, the first African American on the U.S. Supreme Court.

Thomas’s confirmation soon became one of the most contentious and divisive in American history.  As the Senate was about to vote on his confirmation to the Court, an FBI report was leaked showing that former Thomas aide, Anita Hill, alleged that he had sexually harassed her.  The Senate brought Hill and Thomas to testify at nationally televised hearings.  Thomas denied the charges and eventually the Senate voted to confirm him on October 15, 1991, by a vote of 52 to 48, the closest confirmation vote for a Supreme Court seat in the 20th Century.

Thomas and Antonin Scalia emerged in the 1990s as the two most conservative justices on the Supreme Court.  Thomas, for example, has openly advocated the reversal of Roe v. Wade. He has dissented when the majority protected the property rights of a middle class person against state power; dissented in the case of an impoverished single woman’s inability to pay a fee in her child custody case; concurred in a case of state confiscation of private property used for illegal purposes even though the property was jointly owned by a law abiding citizen; and dissented in a prison abuse case arguing that abuse should be expected by those incarcerated; he opposed affirmative action in the University of Michigan cases.

Thomas dissented, however, when the Court struck down an anti-gang loitering ordinance.  Thomas argued that the law should protect “our poorest and most vulnerable citizens.”