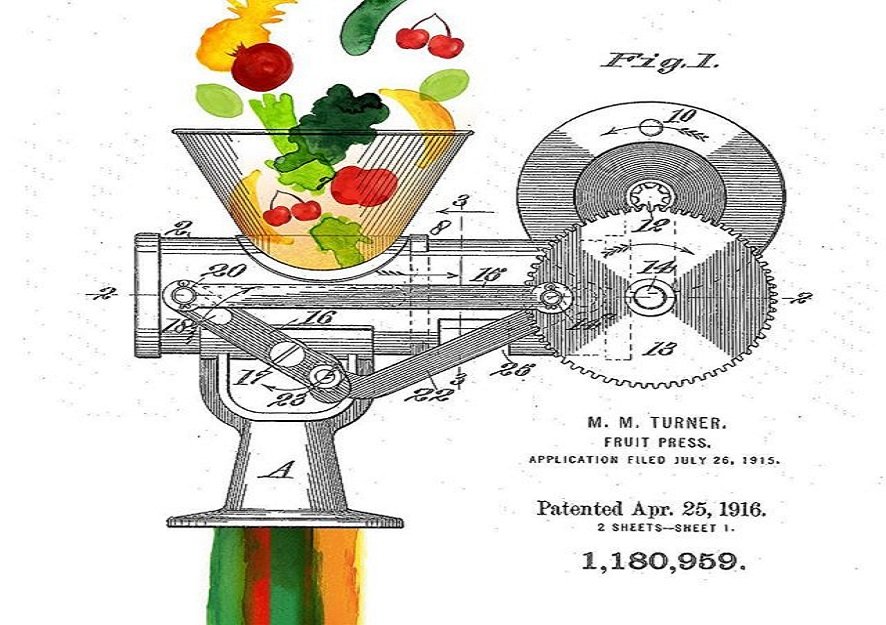 Madeline M. Turner is the inventor of Turner’s Fruit-Press (the original blueprint/ design on which all modern juicers are based). The machine engineered by Turner allows consumers to enjoy the beverages we know as juices as well as juice bars and popular juice cleanses. It has created a lucrative business for various major companies that specialize in producing and distributing liquid fruit worldwide. Thanks to Turner’s work, we can enjoy a refreshing summer drink by the pool every year; she paved the way for modern juice presses and what is now a thriving demand for juice in numerous capacities (cold-pressed, over ice, slushed, smoothie bowls, frozen treats, and more.)

Little is known about the personal life of Madeline M. Turner, beyond the fact that she was born and raised in Oakland, California. Her birth and death dates are unknown. Her ingenious invention, creating a machine that manually presses juice from citrus and other fruits, came to her one morning as she tried to squeeze a cup of orange juice for herself from an individual orange. She grew tired of the process and decided to create a more comfortable way to obtain the nectar from the orange.

Turner subsequently invented the fruit press machine and was granted a patent (U.S. Patent Number 1,180,959) on April 25, 1916. Patent Examiner Patricia Ives praised Turner’s invention as “ingenious” due to its feasibility and its easy-to-clean design. Her fruit press was first put on display at the Panama-California Exhibition in San Diego, California shortly after her patent was granted. Between 1948 and 2014, seven other patents have referenced her invention (and its adjoining patent).

Though simple in theory, Turner’s fruit press machine follows a complex and intricate assembly line of steps. First, fruits or vegetables are pushed/ fed through an opening, then propelled into a cog in the machine where they are halved using cutters. Finally, the halves are pressed between plates (moving sporadically) using a geared mechanism that pushes the extracted juice from hopper to plunger.