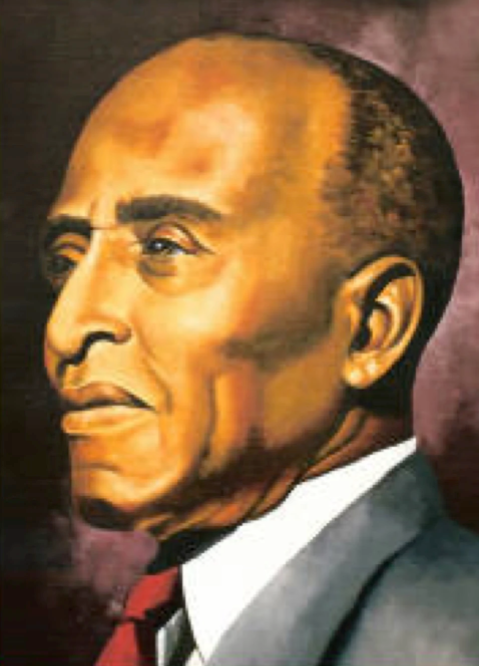 Edward G. Irvin was a co-founder of Kappa Alpha Psi Fraternity. Irvin was born on August 13th, 1893, in Spencer, Indiana, as the seventh of nine siblings. His father was an African Methodist Episcopal (AME) preacher.

Irvin grew up in Spencer but was part of the graduating class of 1910 from Kokomo Indiana High school. He enrolled at Indiana University where he and a handful of other African American students faced discrimination. In response the decided to band together to establish to establish Kappa Alpha Psi fraternity on January 5, 1911. They believe this new fraternity would expand African American students’ horizons and to bring together the small community of black undergraduate students. Irvin however, left Indiana University later that year to pursue a career in journalism.

Soon after the United States entered World War I Irvin decided to enlist in the U.S. Army. He became a combat medic. His valor with American troops fighting in France earned him one of the highest military medals for bravery, the Distinguished Service Cross. Eventually he was given Distinguished Service Awards for his bravery in service by both President Harry Truman and President Dwight Eisenhower.

Irvin was issued an honorable discharge from the Army in 1919 and shortly after, he met his future wife, May Willa. Soon after his release from the military, Irvin relocated to Indianapolis to work on the Indianapolis Freeman, a black newspaper. In 1922 he founded the Indiana Shining Sun in Anderson, Indiana. In 1923, Irvin became the editor of the Gary Sun in Gary, Indiana. Five years later, he accepted a job as an editor for the Chicago Daily Bulletin sports section and moved to Illinois.

When the Chicago Daily Bulletin went out of business during the Depression, Irvin began working at the U.S. Post office in Chicago. His job in delivery services led him to create the Chicago-based Afro-American Manufacturing Company. The company sold sweets and candies among a myriad of other novelty items.

Fraternity founder and entrepreneur Irvin also encouraged the youth of his community to participate in sports and he became a minister with the Methodist Church of Chicago and the nearby Masonic Lodge. In 1976, 83-year-old Irvin was presented with the Laurel Wreath Award. This was the highest honor given by Kappa Alpha Psi and was presented at its national meeting at the 60th Grand Chapter Meeting in New Orleans. The Laurel Wreath Award is the highest award bestowed upon a member. Irvin was the 3rd founder to be awarded this honor and overall, the 24th honoree.

Edward Giles Irvin, the last surviving founder of Kappa Alpha Psi Fraternity, passed on November 4, 1982 at the age of 89. He was buried in Burr Oak Cemetery in Alsip, Illinois. Dorothy Manyweather, his daughter, survives him.