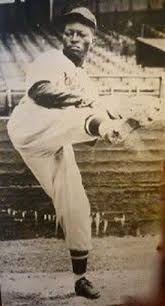 The Newark Little Giants were a professional baseball team based in Newark, New Jersey. The team participated as members of the Eastern League in 1886, and were then an all-white team, managed by Charlie Hackett. Baseball was not entirely segregated at this time. All of the major league teams were white but there were both all-white and all-Black teams in the minor leagues. The Newark Little Giants finished their season in 1st place, with a 68-26 record.

In 1887, the Giants stepped up to the International League, the highest level of minor league baseball, and signed two African Americans: George Stovey as their star pitcher, and Fleetwood Walker as their catcher. The team was co-managed by Hackett and Lawrence Murphy. The decision to play Stovey and Walker made the Giants the one of the first team to feature an African American pitcher-catcher combo.

On July 14, 1887, the National League Champions, the Chicago White Stockings and the Newark Little Giants were scheduled to play an exhibition game in Newark. Prior to the game, White Stockings manager and captain Adrian “Cap” Anson sent a telegram to Hackett threatening that his team would not play if “Colored” men were “at the points,” meaning as pitcher and catcher. Stovey was scheduled to pitch, but under Anson’s threat, Hackett backed down, and claimed that Stovey wasn’t feeling well, and he simply left Walker on the bench with no explanation. The Giants beat the Stockings 9-4, even without their star players.

The same day of the game between the Giants and the Stockings, the International League held a meeting in Buffalo. A petition was brought forth by the manager of the Rochester Maroons asking that colored players be further banned from the league, and it was agreed to accept no more contracts of colored players.

The Newark Little Giants finished the 1887 season in 4th place, with a 59-39 record. The team folded in 1888 due to major restructuring of the league, but returned in 1889, without their star players Stovey and Walker. After Walker, there wouldn’t be another Black player in the majors for the next six decades. The Newark Little Giants returned to the minors in 1889 and won second place in the Atlantic Association with a 54-40 record. In 1890 they won third place, with a 60-61 record, before the team folded for good at the end of the season.