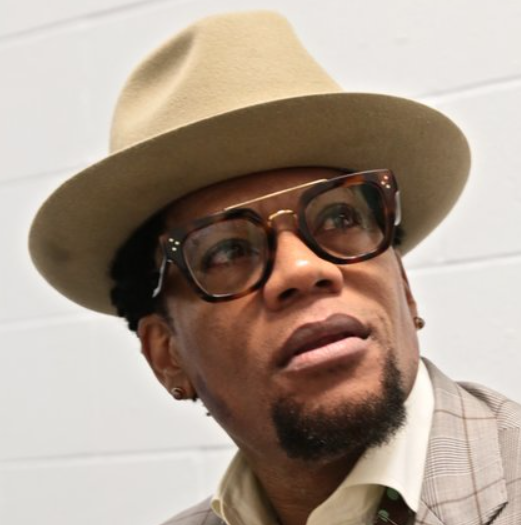 Darryl Lynn Hughley, also known as D.L. Hughley, is a standup comedian, actor, political commentator, and radio host. Hughley was born on March 6, 1963 to Audrey and Charles Hughley in Portsmouth, Virginia. His family stayed in Portsmouth for two months before moving to Los Angeles, California. Hughley grew up in South Central Los Angeles and at one point became a member of the notorious African American street gang the Bloods. Because of his gang activity he was expelled from San Pedro High School. Hughley would later leave the gang life after one of his cousins who was from a rival gang was killed by the Bloods.

This experience would lead him to get out of the gang life and turn his life around. Hughley returned to school to earn his GED. He later worked for the Los Angeles Times. Hughley’s career as an entertainer began in the early 1990s where he was the first host of the Black Entertainment Television (BET) program Comic View from 1992 to 1993. He made appearances on other shows including The Fresh Prince of Bel Air, the HBO Comedy Half-Hour, and Sister, Sister. In 1998, Hughley had the led role on a show he created called The Hughleys where he played himself, Darryl Hughley. The show ran for four years from 1998 to 2002.

Hughley is married to La Donna Hughley. The couple have three children, two daughters, Ryan and Tyler, and a son Kyle.  Hughley is a member of Omega Psi Phi Fraternity. On June 19, 2020, while performing a show at a club in Nashville, Tennessee, Hughley collapsed on stage. It was later revealed that he tested positive for COVID-19.